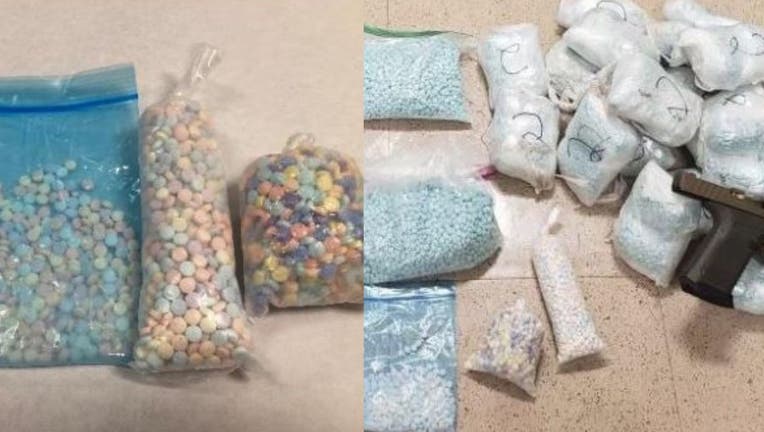 PASADENA, Calif. - An ongoing narcotics investigation in Pasadena resulted in the seizure of ‘rainbow’ fentanyl.

"Rainbow fentanyl—fentanyl pills and powder that come in a variety of bright colors, shapes, and sizes—is a deliberate effort by drug traffickers to drive addiction amongst kids and young adults," said DEA Administrator Anne Milgram.

According to the DEA, the rainbow colors could lead children to mistake them for candy and make them more appealing to young people. It takes much less for someone, including children, to overdose or die.

Fentanyl is the one of the deadliest drugs. According to the CDC, 107,622 Americans died of drug overdoses in 2021, with 66 percent of those deaths related to synthetic opioids like fentanyl.

The DEA has seized rainbow-colored fentanyl pills in at least 18 states.

In 2022, the Pasadena Police Department has seized approximately 708,500 fentanyl pills and 31.5 kilos of fentanyl alone.