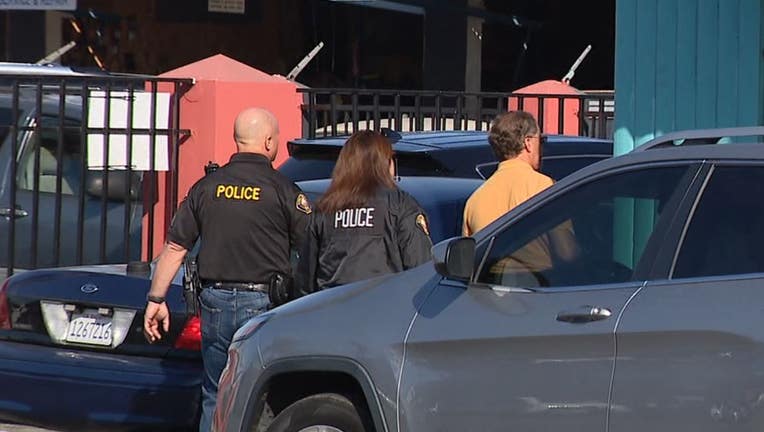 LONG BEACH, Calif. - Eight suspects were arrested on Tuesday when police raided an alleged illegal gambling establishment being run out of a commercial property in Long Beach.

Detectives along with SWAT and K-9 officers served a search warrant at the property in the 2500 block of East Anaheim Street and confiscated two firearms, illegal gaming equipment and about $1,200 in cash, according to the Long Beach Police Department.

"Detectives were first made aware of this location in late August when they began receiving numerous complaints of suspicious activity from residents in the area," according to a police statement.

"Around that same time, gang detectives began investigating an assault with a deadly weapon that occurred on Aug. 27, 2019, where a male adult victim was stabbed in the same area. Detectives believe the stabbing is related to this illegal gambling establishment, however, no motive or suspect information is known at this time."

The following suspects were taken into custody:

"Earlier this year, homicide detectives investigated a murder that occurred at an illegal gambling establishment in the 1500 block of West Pacific Coast Highway, and while the department does not believe these establishments to be connected, we will continue to take a proactive approach to targetillegal gambling activity in the city, which can often lead to other violent crimes," police said. "We urge residents to continue reporting any suspicious activity, and with your partnership, we will take appropriate enforcement action when necessary."