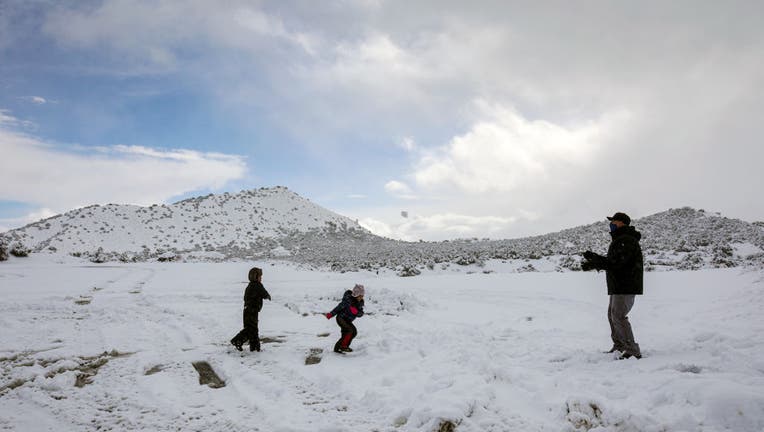 LOS ANGELES - The powerful storm that drenched much of California last week eased drought conditions in some parts of the state, the U.S. Drought Monitor said Thursday.

A strip of the far north coast also dropped out of moderate drought into abnormal dryness, according to monitor data.

Overall, 85.9% of the state remained in moderate, severe, extreme or exceptional drought, down from more than 95% in the week-earlier report.

Rain and snowfall totals through the rest of the season will determine whether the state has a second consecutive dry year that could impact water supplies and risk of wildfires, which burned more than 4 million acres (16.1 million square kilometers) in 2020.

The season’s second Sierra snowpack survey, which is used to forecast water supply, found Wednesday that the water content was 70% of average to date and 45% of the April 1 average, when the snowpack is usually deepest and has the highest water content.