President Biden is stepping in to help the Port of LA.

WASHINGTON (AP) - The White House said Wednesday it has helped broker an agreement for the Port of Los Angeles to become a 24-hour, seven-days-a-week operation, part of an effort to relieve supply chain bottlenecks and move stranded container ships that are driving prices higher for U.S. consumers.

The Port of Los Angeles will begin operating 24 hours a day, seven days a week, President Joe Biden announced today as part of a push from the White House to clear supply chain disruptions threatening the holiday shopping season and slowing the nation's economic recovery from the coronavirus pandemic.

The Port of Los Angeles will nearly double the number of hours that cargo is transferred from container ships offshore to delivery trucks as crews work through the night. The International Longshore and Warehouse Union members will fill the extra shifts, according to the White House.

"Here is why it matters. Traditionally, our ports have only been open during the week Monday through Friday, and generally closed down at nights and weekends. By staying open seven days a week through the night and on the weekends, the Port of Los Angeles will open over 60 extra hours a week. In total that will almost double the number of hours the port is open for business from earlier this year," Biden stated during a press conference Wednesday afternoon.

Round-the-clock operations are already in effect at the Port of Long Beach; they have been been operating 24/7 for roughly the past three weeks.

Ports in Los Angeles and Long Beach account for 40% of all shipping containers entering the U.S. As of Monday, there were 62 ships berthed at the two ports and 81 waiting to dock and unload, according to the Marine Exchange of Southern California.

Commitments by the Los Angeles port’s operator, longshoremen and several of the country’s largest retail and shipping companies are expected to help relieve the backlog.

Major shippers and retailers, including Walmart, FedEx, UPS, Samsung, The Home Depot and Target, have agreed to speed up operations to clear cargo out of the ports and free up more space on the docks. The goal is to process and unload 3,500 extra containers during the night each week. 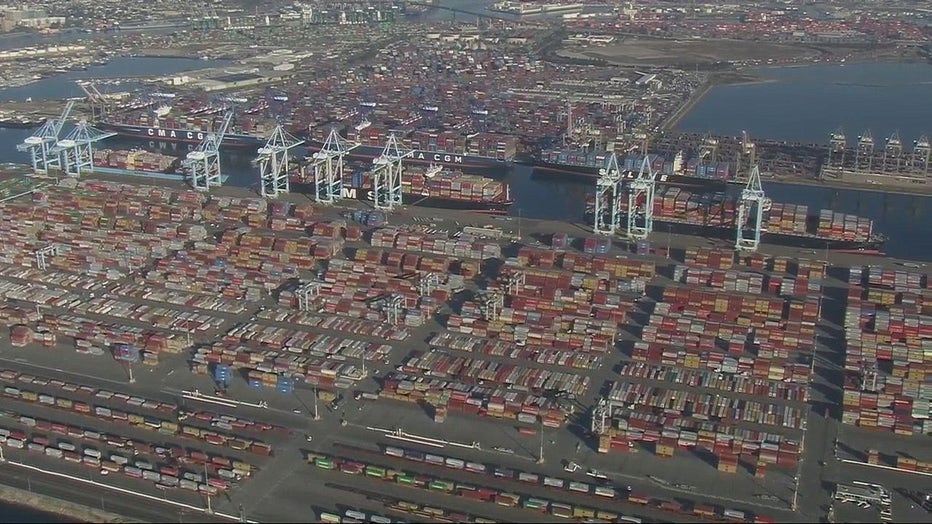 Senate Republican Leader Mitch McConnell has made inflation one of his central criticisms of Biden, a sign that getting prices under control could be essential for Democrats trying to hold onto congressional seats in next year’s elections.

"The Democrats’ inflation is so bad that even though the average American worker has gotten a multiple-percentage-point pay raise over the last year, their actual purchasing power has been cut," McConnell said in a Senate floor speech last week. "Even dollar stores are having to raise their prices. Just ask any American family about their last few trips to the supermarket, the gas station or the toy store. Heaven forbid if they’ve had to participate in the housing market or the auto market anytime lately." 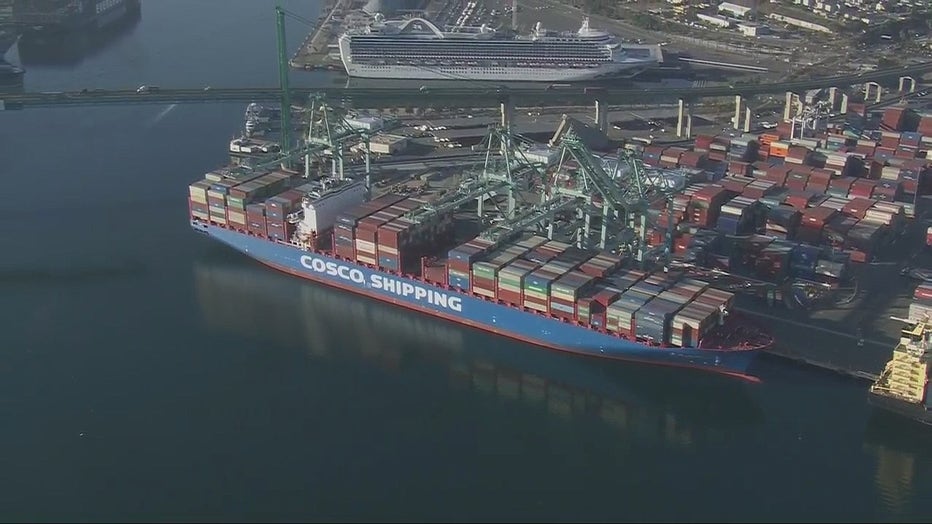 The Biden administration has argued that higher inflation is temporary. Yet the supply chain issues have persisted months after the economy began to reopen and recover after vaccines lessened many of the risks from the pandemic.

Economists expect that Wednesday’s consumer prices report will show that prices climbed 5.3% from a year ago, significantly above the Federal Reserve’s 2% target. Atlanta Fed President Raphael Bostic said in a Tuesday speech that he no longer calls inflation "transitory" as he expects this current "episode" of inflation could last into 2022 or longer.