Police are still searching for two people after a shootout in Pomona sent a police officer and a suspect to the hospital Thursday night.

POMONA, Calif. - A shooting is under investigation in Pomona late Thursday night.

The Pomona Police Department responded to a call around 7:30 p.m. near the area of Angela Street and Chanslor Street. A police officer was taken to the hospital after being shot in the leg.

Pomona PD said the injured officer is expected to be OK. One person is in custody following the shooting, but the scene is still considered active. 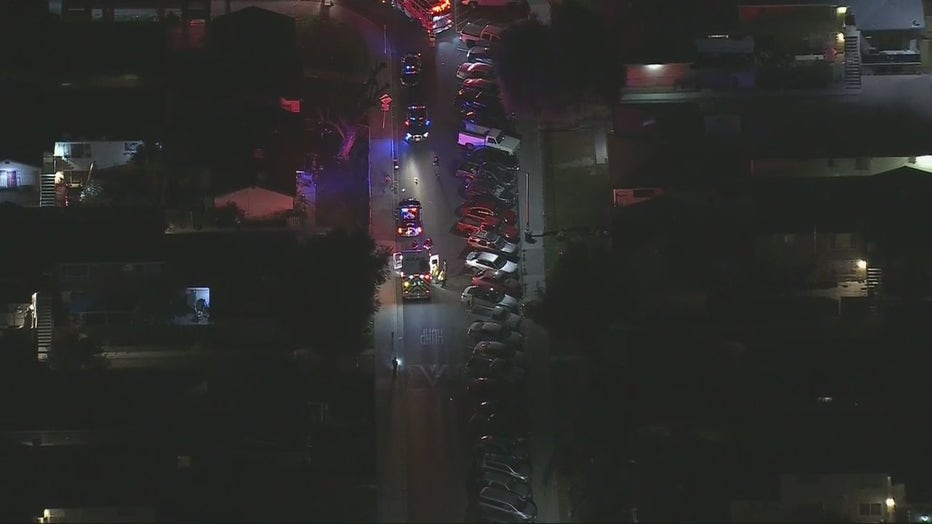 It is unknown if a second or a third suspect is involved in the shooting.

Officials did not say what prompted the shots to go out in the first place.