A wild police chase ends in a crash in the Hollywood area Monday night.

LOS ANGELES - A wild police chase ends in a crash in the Hollywood area Monday night.

The suspect, believed to have stolen the car they drove in, led the Los Angeles Police Department on a chase across parts of the San Gabriel Valley before passing through parts of Boyle Heights and eventually coming to a stop after being stuck in traffic trying to leave California State Route 2 near the Western Avenue exit.

When LAPD approached the suspect with the department's cruisers, the suspect started to reverse the car, hitting one of LAPD's cruisers.

It is unknown if either the suspect or the officers were hurt in the crash. 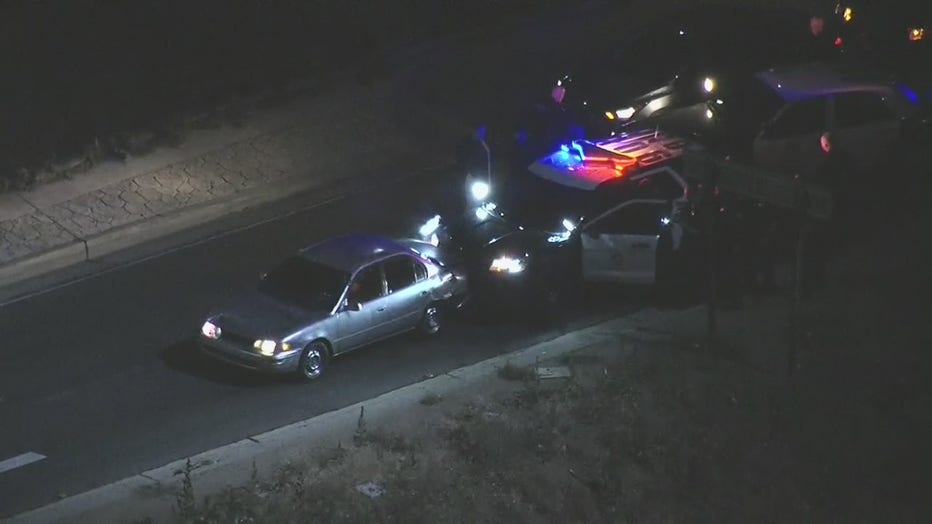 A police chase takes a dangerous turn after the suspect backed into an LAPD cruiser trying to approach them in the Hollywood area. (FOX 11)

The car is believed to be stolen from Alameda County.