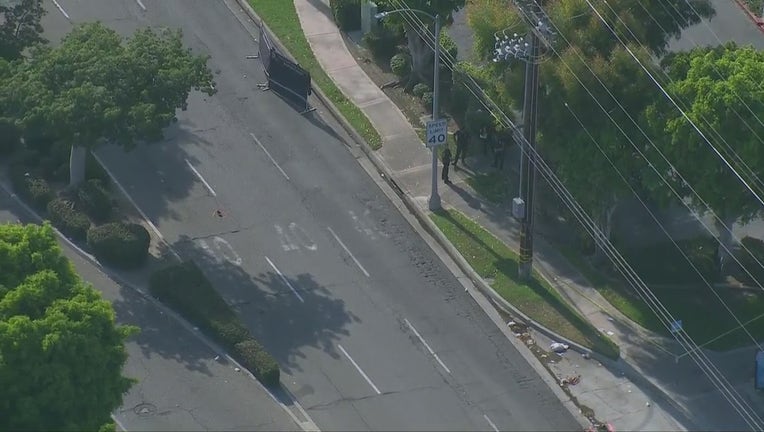 FULLERTON, Calif. - A man was found dead Thursday morning on a Fullerton street, and authorities later arrested a driver accused of the hit-and-run and driving under the influence.

Officers received a call regarding a person down around 3:30 a.m. near the intersection of Orangethorpe Avenue east of Harbor Boulevard.

They found the man lying dead in the number 3 eastbound lane of Orangethrope Avenue with significant injuries, Fullerton Police said.

The man was pronounced dead at the scene and the man's "significant" injuries led officers to believe he had been struck by a vehicle.

Around 4:15 a.m., officers located a white Ford sedan with major collision damage in the area of the crime scene.

Officers identified the alleged driver of the vehicle as 24-year-old Katya Gladys Garcia-Ayala, of Tustin. Following a DUI test, she was subsequently arrested for felony hit-and-run and driving under the influence.

The victim's identity was not immediately released.

Anyone with information was asked to contact Fullerton Police Investigator H. Barclay at 714-738-6815.