Shrinking enrollment in Pasadena schools is forcing the school district to make hard choices. Thursday night, the school board debated what schools will be closed to consolidate their smaller student bodies.

PASADENA, Calif. - The Pasadena Unified school board has narrowly voted to close three elementary schools, even as the officials who worked most
closely on the issue warned that the path chosen could result in future school closures.

After listening to the impassioned pleas from dozens of parents and students, the Board of Education weighed five options, then voted 4-3 late Thursday night to close Franklin, Jefferson and Roosevelt elementary schools.

The district cannot force students to attend these schools and plans to give parents the option to enroll their children in other schools around the district ahead of the general population's applications to attend a school of choice outside attendance boundaries. Board members Kimberly Kenne, Patrick Cahalan and Michelle Bailey -- who comprise the subcommittee that worked on closures as a way to save money -- all voted against the resolution.

"We will probably be back here in two to three years, closing elementary schools again,'' Kenne said prior to the vote, according to the
newspaper. 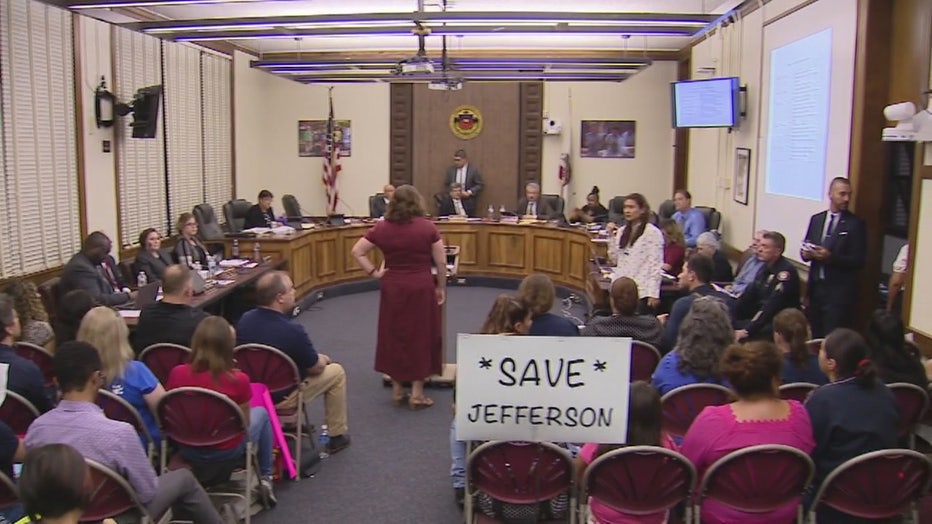 She pushed for an option that would have closed Don Benito Fundamental and divided Jefferson students among three campuses, in addition to the closures that were approved Thursday. Cahalan threw his support behind the same failed resolution, arguing it was the only plan aggressive enough to stave off future closures.

"We are giving your students worse service than we would if we had fewer school sites and less overhead costs,'' he said, noting that each campus required its own support staff.

By combining schools, district officials said they would be able to double-up on staff, save money and provide more programs for students.

As the board weighed solutions, officials and members of the public alike offered a litany of explanations for the district's situation, including declining enrollment, 1,200 fewer students now than seven years ago. The district has often cited declining birthrates as a chief reason for low enrollment, alongside rising housing costs and tight state education funding.

Some officials and members of the public pointed to California's per-pupil spending, which is ranked 41st in the nation, depending on whom you ask.

Bailey was afraid that the district's financial situation could worsen after the closures and urged parents to continue to support their local school system.