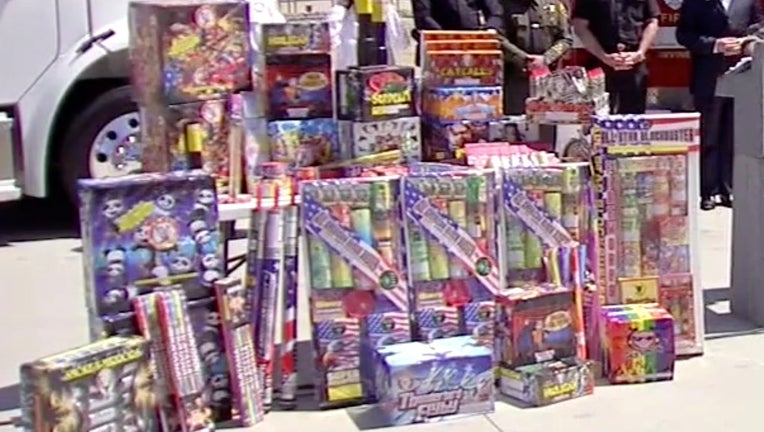 PASADENA, Calif. - A 45-year-old man and his 13-year-old son have been arrested and cited for allegedly igniting a garage fire at a Pasadena home early Friday morning with illegal fireworks.

"The fireworks smoldered on the roof of the garage for approximately five hours before the fire started," Pasadena spokeswoman Lisa Derderian said.

Firefighters dispatched at 3:29 a.m. to the 800 block of North El Molino Avenue quickly put out the blaze that caused approximately $75,000 damage, saving more than $700,000 in potential added damage to the home and adjacent vehicles, Derderian said.

"The arson investigator responded and believed the cause (of the fire) was likely the result of a smoldering firework that landed on the roof of the structure,'' she said. ``Officers canvassed the area and located nearby fireworks debris."

No one was injured or displaced as a result of the fire, Derderian said, and no occupied structures were threatened.