P-22 may have been struck by a car, officials say

Officials are investigating a report that a mountain lion was struck by a vehicle days before P-22 was captured in the Franklin Hills community.

LOS ANGELES - P-22, the mountain lion at the center of a days-long search across Los Angeles, has been captured.

California's Fish and Wildlife Department confirmed P-22 was captured and tranquilized in the Franklin Hills community before transporting the big cat to a wild animal care facility. The capture comes just days after state officials announced they will start looking for P-22.

The animal was initially wanted by the California Department of Fish and Wildlife (CDFW) after killing a leashed dog in the Hollywood Hills area in Mid-November and attacking a Chihuahua in Silver Lake last week.

A CDFW official said Tuesday there was a report of a vehicle that struck a mountain lion in the area, but that it was not confirmed it was P-22.

P-22 was first documented by the Griffith Park Connectivity study in 2012. Prior to the Fall of 2022, the big cat was never accused of killing any pets. A Koala from the Griffith Park Zoo was found mauled to death in 2016, and while P-22's collar showed he was in the area, he was never officially blamed for the animal's death. 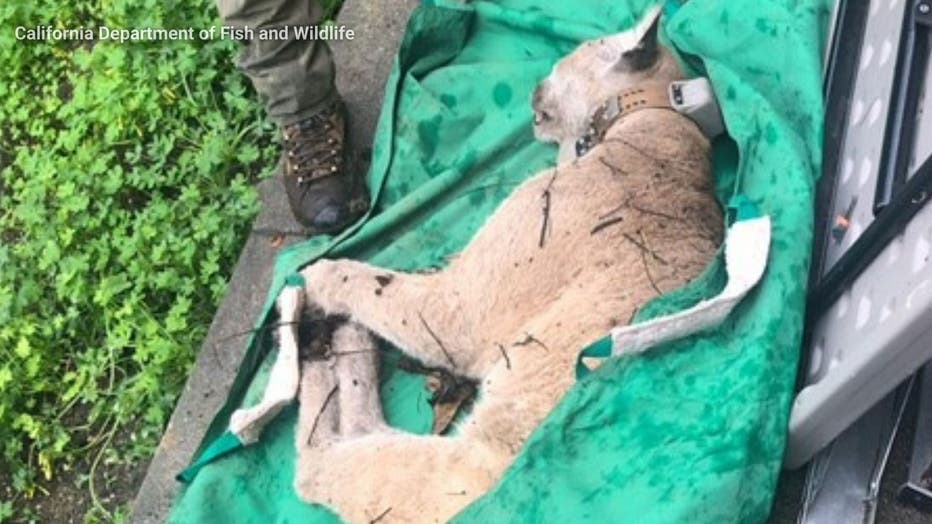 P-22, the mountain lion at the center of a days-long search across Los Angeles, has been captured. PHOTO: California Department of Fish and Wildlife.

The Los Angeles City Planning Commission is considering a new wildlife district proposal that would be aimed at saving the dwindling population of wildlife. It would protect wildlife in the hills between Griffith Park and the 405 Freeway.