ORANGE COUNTY, Calif. - A group of Orange County high school athletes filed a lawsuit against Governor Gavin Newsom on Monday to challenge his ban on indoor youth sports, citing a violation of equal protection laws due to the fact that collegiate and professional indoor sports are allowed to play, but youth sports are not. 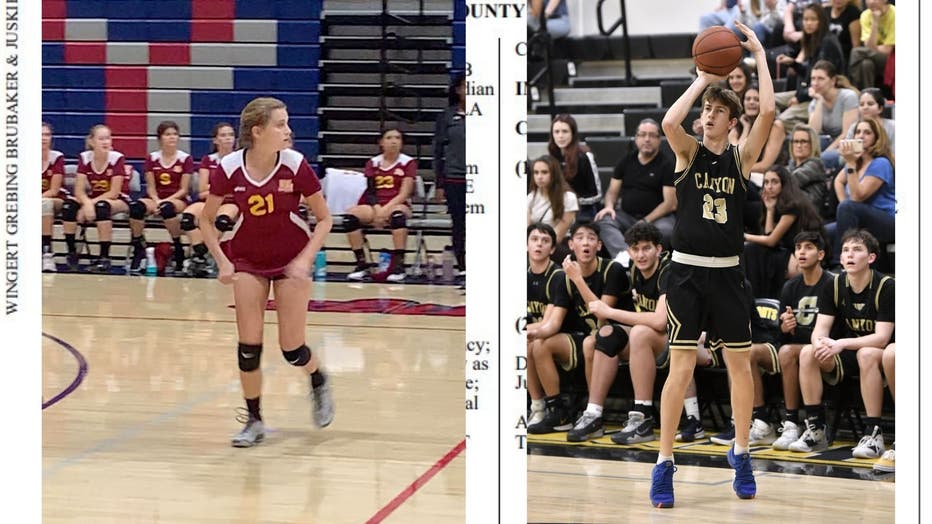 "I’ve been watching college volleyball for a while now and it’s frustrating seeing them play cause we’re not able to," Danet said. "We’re not able to play the season and have the experience needed for college."

"It’s been a little bit annoying considering I’ve been working hard all this quarantine and then we just keep getting cancelled, it’s just frustrating," Graham said.

Brad Graham, Caleb’s dad, and a part of the "Let Them Play" movement, says the Governor has no medical evidence to warrant banning youth sports while allowing professional and collegiate sports to continue.

"They can’t say that it’s OK for college to play and not OK for the high school kids to play," Brad Graham said. "The time to move forward is now, there’s not a huge risk to these kids, especially if we follow the same protocols that colleges and pros follow."

Just over a week ago, the same firm won a temporary restraining order against Gov. Newsom over the state’s limits on youth sports in San Diego County. A judge ruled that all indoor and outdoor sports can be played immediately in the county, as long as strict protocols are followed.

"We plan to spread this victory throughout California," said Stephen Grebing, of the law firm. "In addition to Orange County today, we hope to file lawsuits in Santa Clara, Los Angeles, Santa Barbara, Riverside, San Bernardino, and other counties this week and next, to ensure that all youths, girls and boys, have the same right to play sports, indoor and outdoor, as college athletes and professional athletes do."

FOX 11 reached out to Governor Newsom’s office for comment in response to the lawsuit, but we didn’t hear back as of Monday night.