TikTok users are leading an online push to free Lyle and Erik Menendez, two brothers convicted of killing their parents in Beverly Hills.

The videos are all over social media.

Across TikTok, there are thousands of accounts created by users across the world – many of whom were probably not even alive when Lyle and Erik Menendez were being tried for the murder of their parents in Beverly Hills – dedicated to freeing the convicted brothers. The internet group – some of the members being as young as 12 – call themselves the "Menendez Defenders and Guardians."

"They didn't kill their parents for money. They were in the fear of their lives," said Erin Dunleavy, a Menendez Defender.

Another member of the Menendez Defender echoes Dunleavy's argument.

"They didn't do it for money," said Jazmine Shah, 16, a fellow Menendez Defender. "They didn't, you know, do it because they hated their parents. They wanted the abuse to stop."

The brothers' parents – Jose and Kitty Menendez – were found shot to death on August 20, 1989. The couple's deaths shocked the world. 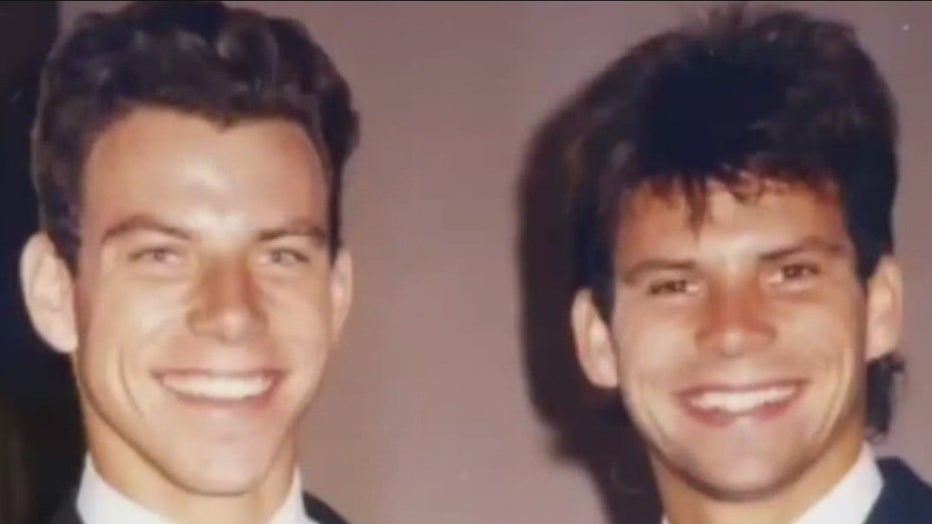 Lyle Menendez had called 911, crying hysterically and telling the operator his parents had been killed.

At first, there was speculation the mob had committed the brutal slayings. But soon a true picture emerged – revealing the real killers were the victim’s two sons, Lyle and Erik Menendez.

Robert Rand, the author of The Menendez Murders, interviewed the brothers two months after the murder of their parents and months before they were identified as prime suspects.

"Erik Menendez told me that he would have given his life for his father's life," Rand said.

Lyle and Erik were charged with the murder of their parents. Prosecutors said they were motivated by greed. But during emotional testimony, the brothers said they killed their parents because they feared for their lives after years of sexual and emotional abuse.

The first trial resulted in a hung jury. During the second trial, the brothers were found guilty of the first-degree murder of both their parents. Both brothers were sentenced to life in prison without the possibility of parole.

Rand believes that was a mistake.

"Just because they were molested doesn't give you a free pass to kill your parents," Rand said. "But with all of the mitigating evidence, with all of the family history that was presented in the first trial, one can understand, as did half of the jurors, that this should have been a resolution of manslaughter and not murder."

Shah, who lives in India, has watched both trials closely.

"The brothers were depicted as greedy sociopaths who killed their parents for inheritance but then, I watched the trial," the teen said. "It was so hard to ignore that there were those other things going on in that family and there was so much corroboration of the abuse."

Rand, who has reported on the Menendez brothers for more than 30 years, is hoping Lyle and Erik will get a new trial based on new evidence, that includes this letter sent by Eric to his cousin allegedly eight months before the murders.

"Erik Menendez wrote a paragraph in a letter to his cousin Andy Kano, that his father was still molesting him at the age of 17 and that he didn't know what to do about it," Rand said. "And he said in this letter that he was afraid every night when he heard his father coming down the hallway."

"I just want people to see that it's not fair," Dunleavy said.

The Menendez Defenders say they will continue producing their TikTok and Instagram videos until their voices are heard. Rand believes these young supporters will have an impact.

"I think in the 27 years since the Menendez brothers trials, society has evolved and changed so much," Rand said. "And if the Menendez trial was held today in 2021, I absolutely believe the resolution would have been manslaughter and not murder, and that is the way this case should have ended."

The Menendez brothers have been in prison since 1996. They’ve exhausted all of their appeals but if there is new evidence, they could possibly get another trial.