Death investigation on the NB 605 Freeway in Hawaiian Gardens

A person was found dead Friday morning in an SUV on the northbound 605 Freeway in Hawaiian Gardens, prompting a death investigation.

HAWAIIAN GARDENS, Calif. - A person was found dead Friday morning in an SUV on the northbound 605 Freeway in Hawaiian Gardens, prompting a death investigation.

A California Highway Patrol officer responded to a disabled vehicle on the northbound 605 Freeway near Carson Street around 5 a.m. and noticed that a man was deceased in the driver's seat, CHP Sergeant Steve Carapia told FOX 11.

CHP officers are now investigating the circumstances surrounding the death. 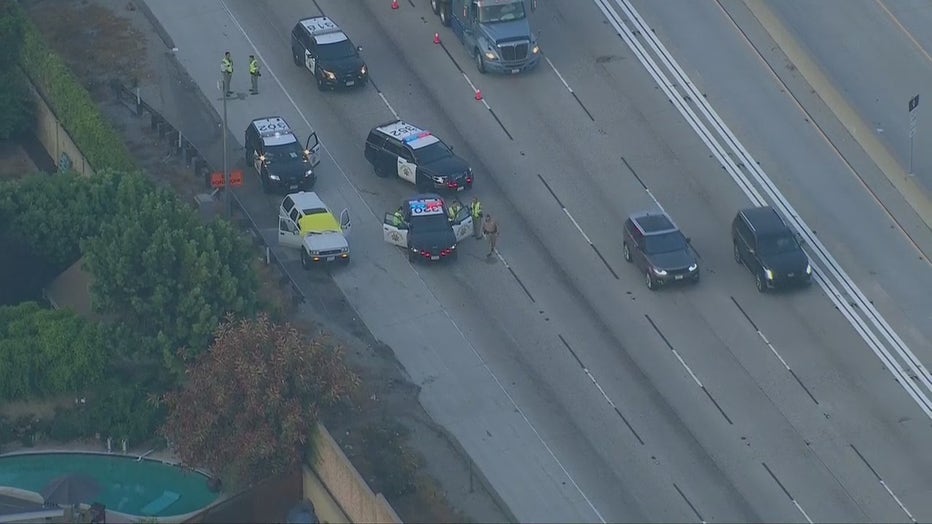 The CHP issued a SigAlert at 5:48 a.m., shutting down the two right lanes of the freeway for the investigation.

The lanes were reopened just before 9 a.m.

Anyone who may have been driving along the northbound 605 Freeway between Spring Street and Carson Street around 5 a.m. was asked to call the CHP's Santa Fe Springs office.