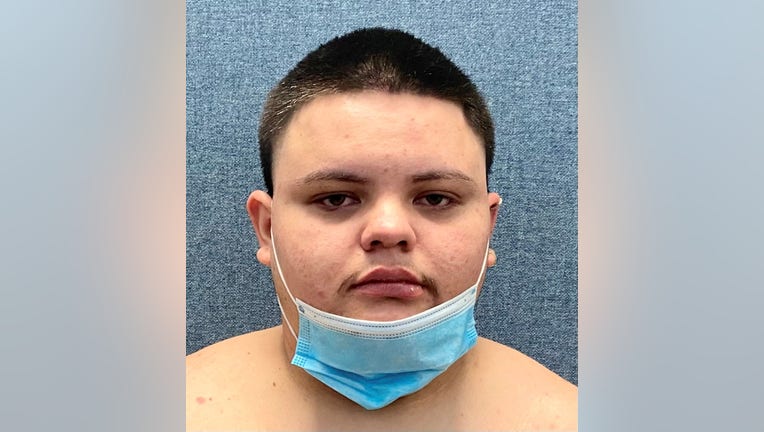 HEMET, Calif. - A 20-year-old was arrested on a charge of attempted murder of a peace officer in Riverside County after he reportedly fired shots at the officer from his vehicle early Monday morning, officials said.

Two officers with the Hemet Police Department responded to a parking lot near the intersection of West Florida and North Sanderson avenues around 4:05 a.m. after the department received a call of shots fired.

The responding officers split up shortly after arrival. One began canvassing the area for evidence while the other officer spoke with the witness who placed the call.

Just before 4:20 a.m., as the person who reported the incident continued his conversation with the officer, the witness said something along the lines of “That looks like him,” and pointed to a vehicle that was traveling through the parking lot, Hemet PD said. That’s when the suspect allegedly fired shots at the officer.

The officer was struck in the leg and did not return fire, authorities said. The witness was not injured in the shooting.

The suspect continued traveling through the parking lot and onto Florida Ave. followed by other officers.

Shortly after he fled the scene, the suspect, later identified as 20-year-old Robert Moran of Hemet, was taken into custody without incident near the parking lot where the shootings occurred.

Moran was alone in the car and officers found a handgun on the front passenger seat, Lt. Nate Miller said.

Hemet PD said the officer who was struck by Moran’s gunfire was taken to a Riverside County hospital with a gunshot wound to his knee. He is expected to be ok. Lt. Miller added he was "alert and in good spirits."

The officer’s name was not released by authorities; however, they did reveal he has been on patrol for nine months.

Moran’s bail was set at $1 million.