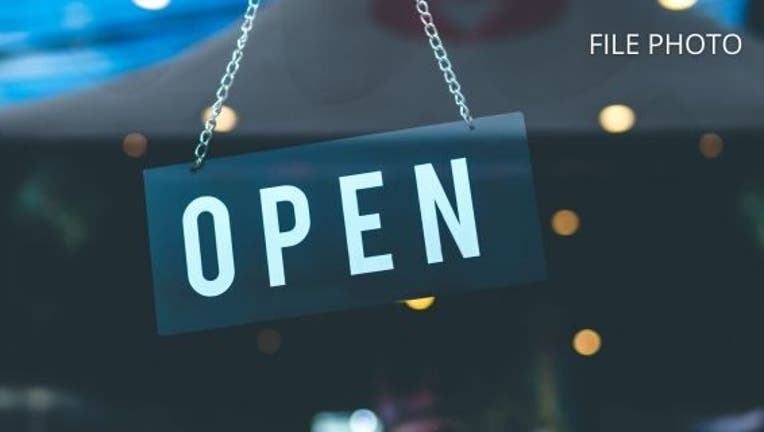 SANTA ANA, Calif. (CNS) - Orange County's chief health officer told the Board of Supervisors on March 9 that the county has a "very high probability" of graduating to the less-restrictive red tier in the state's coronavirus reopening system next week.

The county has one week of credit for meeting the metrics for the red tier, but must maintain those levels through Sunday to escape the most- restrictive purple tier, said Dr. Clayton Chau, who is also the director of the Orange County Health Care Agency.

"If our numbers continue to improve or even stay the same then next Tuesday I'm expecting we will have two weeks credit for the red tier," Chau said.

That would mean the county can reopen more businesses as of March 17, Chau said.

But even if the county meets all the metrics for the orange tier as of Sunday, it can't move up an extra level right away.

Supervisor Lisa Bartlett pointed out that the county will likely not have to worry about a return to the purple tier if there is a surge in cases because the state will increase the level of allowed cases in the red tier if it meets its goal of inoculating two million Californians in lower socioeconomic communities most at risk of infection.

"The issue here is fewer sick people," he said. "Shouldn't it go the other way logically if we're getting more vaccines? I'm not arguing to do this, but questioning -- not for the first time -- (Gov. Gavin Newsom's) logic. We're willing to accept more sick people, more hospitalizations, more ICU and maybe more deaths because we got vaccines."

In the state's move to inoculate the most vulnerable Californians, four ZIP codes in Orange County have been identified as hot spots to focus on, Chau said. The areas include neighborhoods in Santa Ana, Anaheim and Garden Grove.

Meanwhile, the county received good news Tuesday when the state updated its weekly numbers in the tiers network. The county's test positivity rate improved to 3.2% from 3.9% last Tuesday, and the adjusted case rate per 100,000 people on a seven-day average with a seven-day lag improved from 7.6 to 6. The county's Health Equity Quartile rate, which measures positivity in hot spots in disadvantaged communities, improved from 4.9% last week to 4.1%.

The red tier allows for many more businesses and organizations to reopen. For instance, retail stores could allow for half capacity instead of 25%, and museums, zoos and aquariums could reopen for indoor activities at 25% capacity, as could movie theaters, gyms and restaurants.

The OCHCA reported 108 new coronavirus cases Tuesday, raising the total to 248,022. Hospitalizations continued to decline with 283 COVID-19patients, down from 288 on Monday, and 77 in intensive care, down from 84 on Monday.

There is frequently a delay in the reporting of COVID-19 fatalities as they come from a variety of sources.

The county has 34.7% of its intensive care unit beds and 68% of its ventilators available. The county also reported 6,052 tests Tuesday, raising the cumulative total to 3,125,408.

The county reopened its Disneyland mega vaccination site on Monday after spending the last few days reconfiguring it as a Point of Distribution for the disabled. Now Disneyland will inoculate the disabled and the Anaheim Convention Center will be available for indoor service.

"We've had issues with the Disney site because of bad weather, winds, rain, so that is being converted to drive-through," Supervisor Doug Chaffee said. "But we continue to also do the mobile PODs."

Orange County on Friday received 16,000 doses of the new Johnson & Johnson vaccine, county CEO Frank Kim said. Some of the doses were provided to local educators and some of it was dispensed in the county's PODs.

"They have had no problem selling it," Kim said of residents willing to take the Johnson & Johnson shots, which require one inoculation, unlike Moderna and Pfizer, which require booster shots a few weeks later.

Chau said the county anticipates getting another shipment of the Johnson & Johnson vaccine at the end of the month.

Kim said he wishes the county could get more advance notice about when to expect vaccines as well as the quantity.

Andrew Noymer, a UC Irvine professor of population health and disease prevention, said there has been "too much chopping and changing of policy from the state" regarding who gets vaccines and when.

"People getting their shots is music to my ears overall and that's happening and that makes me happy," Noymer said.

Noymer praised state officials for aiming to ramp up shots for. Californians in underserved communities, "but there wasn't a lot of specifics how that was going to be accomplished," he said.