LOS ANGELES - Who would’ve thought returning to the scene in East LA -- more than 35 years later -- that FOX11 would find someone who was there that fateful day?

It was the summer of 1985 in Southern California and no one was getting a good night’s rest. Terrified residents were sleeping with their windows locked during a heatwave afraid a dangerous intruder would enter through an open window.

Cops were working around the clock trying to capture a monster known as the "Night Stalker" who was killing, sexually assaulting and maiming innocent people up and down the state. Yet, the trail of violence continued: 13 murders, five attempted murders and numerous sexual assaults.

That is until August 31, 1985. On that day the suspect, Richard Ramirez, was wrestled to the ground and attacked by a group of men in East LA after he tried to carjack a vehicle in this working-class neighborhood.

A serial killer named Richard Ramirez made the west coast his killing ground. The first case was in 1984. He stalked victims, watched them, then killed them. FOX 11 covers this case in our KTTV70 series.

Now, with interest rekindled in a decades-old case, because of a new Netflix series on the serial killer, we went back to the Eastside neighborhood on Hubbard Street. It’s the kind of neighborhood where people work hard and stay put for generations.

And that’s how we came upon David Avalos, who recalled the capture of the infamous Night Stalker like it was yesterday.

Just days before that arrest, a Mission Viejo teen had returned from a family trip. He got up in the middle of the night to get his pillow and heard a noise he thought was an animal. He came to realize it wasn’t a pet, but a prowler.

James Romero, 13, had the courage to follow the prowler alongside the house. He got a good look at him and scribbled down part of the intruder’s license plate as the man hiding in the shadows fled by car. That information would prove pivotal in the case. Hours later, the Night Stalker strikes again, shooting a man multiple times and sexually assaulting his fiancé while saying these haunting words: 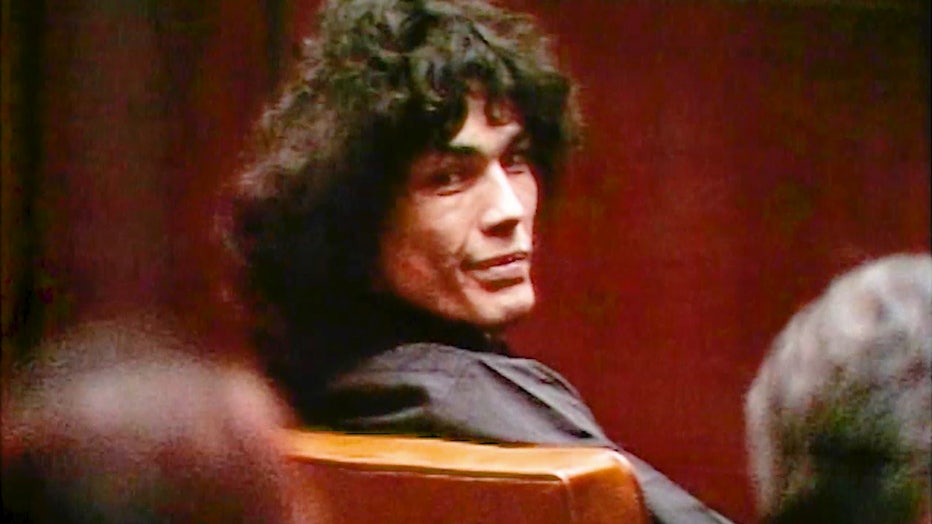 Romero still has nightmares to this day about what could’ve happened to him, his sister and his parents, if he had not awakened and surprised the attacker in 1985.

Romero’s description would prove crucial in creating a composite drawing of the Night Stalker. On a blistering hot day in August, Richard Ramirez was apprehended, shackled and taken away. The reign of terror was finally over.