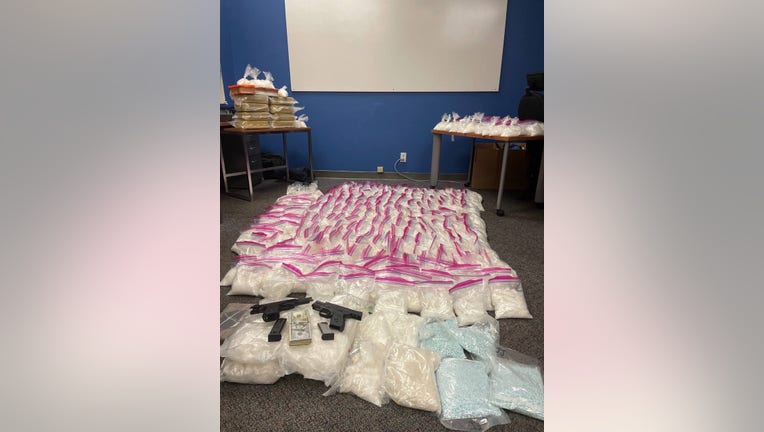 HUNTINGTON BEACH, Calif. - Nearly $1,000,000 worth of drugs were seized on Wednesday by the Huntington Beach Police Department, including 317 pounds of methamphetamine and 17 kilos of cocaine and fentanyl.

The massive drug bust was part of an ongoing investigation into a drug trafficking organization (DTO) based out of Mexico.

Two suspects were arrested on Wednesday in the city of Bell. Their names were not released, but police said they were both men, ages 21 and 29.

At the time of their arrest, one suspect was in possession of 20  pounds of suspected methamphetamine. Upon the arrest, detectives executed a search warrant at the suspect’s residence leading to the recovery of additional drugs and weapons. In total, detectives seized:

The seizure in total has an estimated wholesale value of over $1,000,000, police said.