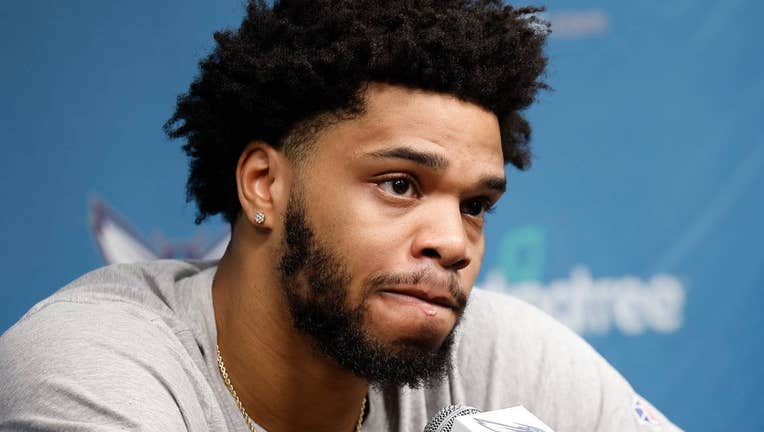 LOS ANGELES (AP) - Miles Bridges pleaded no contest Thursday in Los Angeles to one felony count of injuring a child’s parent, agreeing to do so in exchange for three years probation and no jail time.

The restricted free agent will also have to complete 52 weeks of parenting classes, 52 weeks of domestic violence counseling and 100 hours of community service as part of the agreement. He had been facing three felony charges — the one he pleaded no contest to, and two others of child abuse under circumstances or conditions likely to cause great bodily injury or death.

The charges stemmed from accusations that he assaulted his girlfriend in front of their two children in June, the Los Angeles County district attorney said.

The charges against Bridges came just before this summer’s free agency period started. Bridges was coming off a season where he averaged 20.2 points, 7.0 rebounds and 3.8 assists — all career-bests, numbers that likely would have earned him a major payday.

His NBA future, at least in the short term, remains most unclear. It’s possible that he still may face disciplinary action from the league, and it would be difficult for some teams to consider signing Bridges given that the season has started and rosters are full in many cases.