Crews are responding to a wreck involving an LAPD cruiser in Pacoima.

SkyFOX was over the crash scene on Van Nuys Boulevard near Glenoaks Boulevard in Pacoima after 8:30 p.m. According to the Los Angeles Police Department, the crash stemmed from a police chase.

An LAPD cruiser and an SUV both sustained serious damage from the crash. Officials did not say if the SUV was the chase suspect or if they were related to the police chase at all. 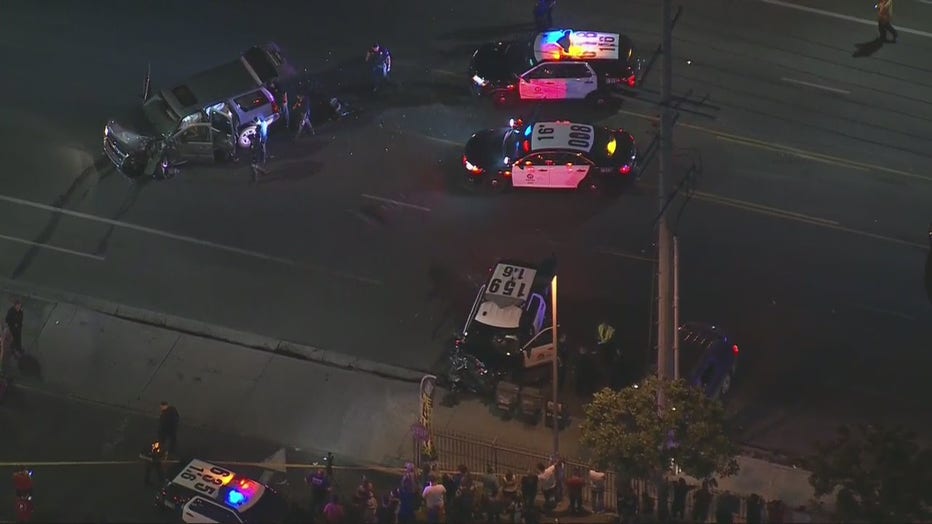 As of early Tuesday afternoon, officials have not released the health conditions of the LAPD officer involved in the crash or the driver/passenger from the other vehicle.