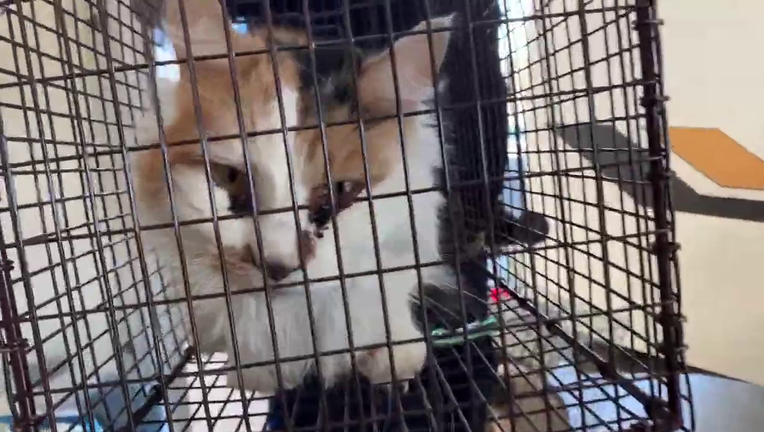 RIVERSIDE, Calif. - More than a dozen neglected animals were recovered from a property in Winchester this week while multiple others were found dead on the property, according to the Riverside County Department of Animal Services.

Officers say they were called after county sheriffs responded to a welfare report at a woman's property and found the animals in what they called "desperate" need of care.

In total, workers collected 12 cats — 10 when crews initially responded on Thursday, and an additional two the following day — four beta fish, three dogs, and one tortoise. In addition to the live animals recovered, six dead cats and one dead dog were found on the property. Two of the recovered cats and one of the beta fish recovered did not survive.

Officer Harvey Beck called the situation, "one of the worst I've been in," with more than 60 overflowing litter boxes in the home.

The department says it was particularly worried about the condition of the recovered cats, though at least one of the cats has reportedly progressed nicely.

The woman at the home was transported to an area hospital. Officials could not provide an update on her condition.

The recovered animals will be held as confiscated pets until a legal minimum time requirement is met. After that they'll be fostered and transferred to other county care facilities.