LOS ANGELES - The search for a missing woman came to an end after officers found her body in the trunk of a parked car in South LA.

A murder investigation is now underway to find the person responsible for her death.

23-year-old Mikeona Laticia Johnson had been missing for a week, but that search ended Wednesday when a body was found in a vehicle in the Gramercy Park area of South Los Angeles.

Detectives were sent to the 1800 block of West 95th Street, near Jesse Owens Park, around 12:15 p.m. after receiving a call about a strange odor coming from a car. 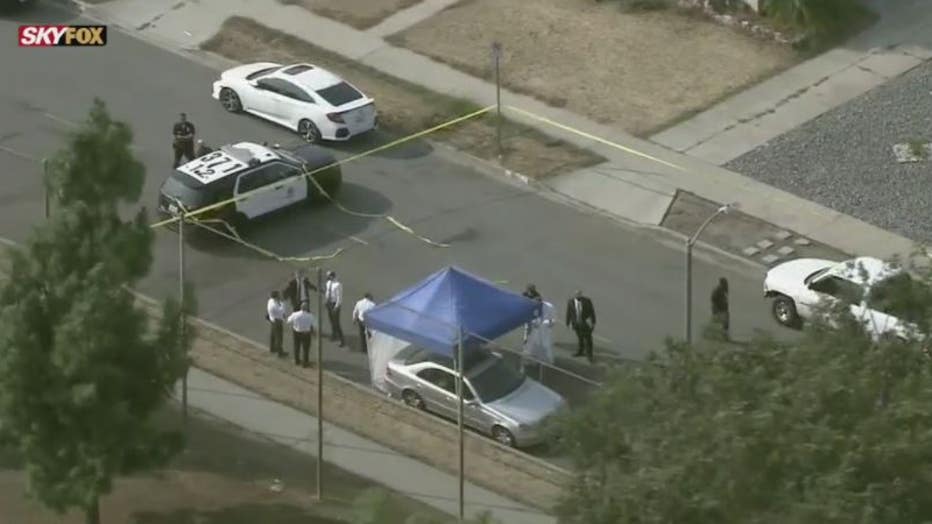 Her family says that is about two blocks away from her apartment building.

Family members told FOX 11 Johnson was a mother of two. 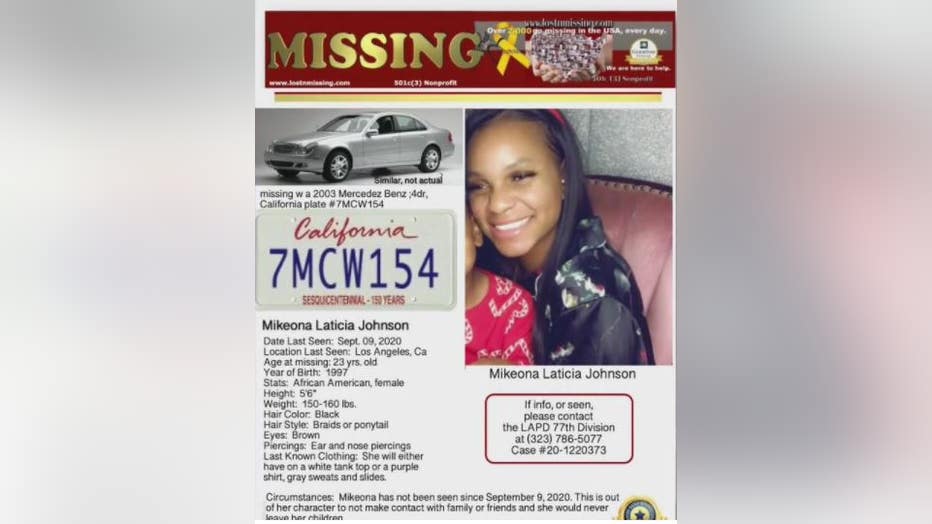 The family says Johnson’s boyfriend might have played a role.

“He was not a good person to be around. Nobody really wanted her to be around him, but you really can’t tell people things when they’re in love. We were going to him for help and he was everything less than helpful,” Amos said.

Investigators say they questioned her boyfriend and released him as he is not a suspect in the case.

Officials say their investigation is ongoing.