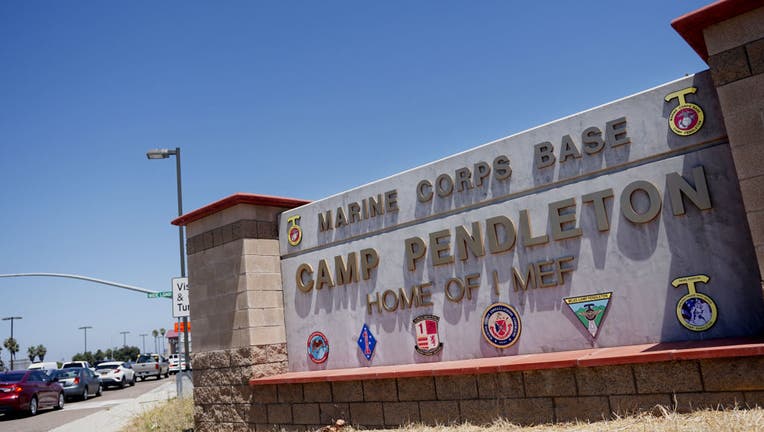 View of the main entrance to Camp Pendleton on July 26, 2019 in Oceanside, California. (Photo by Sandy Huffaker/Getty Images)

Pfc. Javier Pong "became unconscious and unresponsive" while "conducting scheduled training" on Sept. 27 at the base near San Diego, according to a Marine Corps statement Saturday. He died at Naval Hospital Camp Pendleton.

"We are greatly saddened by the untimely passing of Pfc. Javier Pong as he pursued his journey to become a United States Marine," Morris said in the statement. "We are committed to honoring his memory, supporting those with whom he served, and investigating the cause of his death to ensure we can safely transform civilians into Marines and retain the trust of the American people."

Pong was from Las Cruces, New Mexico, and recently graduated high school in May, according to the San Diego Union-Tribune.

The Marines did not immediately respond to the Union-Tribune’s questions about what type of training recruits were engaged in when Pong collapsed. Officials also didn’t say why they waited 11 days to announce the death.

In-service military training deaths are routinely announced within about 24 hours, according to the newspaper.