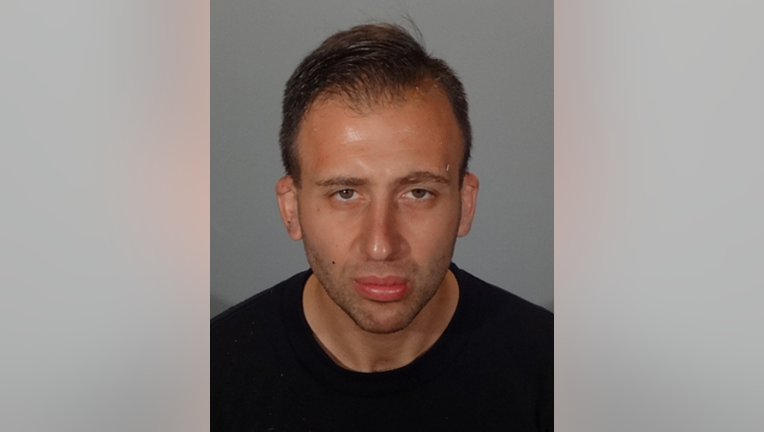 GLENDALE, Calif. - A North Hollywood man has been sentenced to seven years in federal prison for possessing five firearms and more than 300 rounds of live ammunition inside the Glendale Galleria mall during the holiday shopping season, the U.S. Department of Justice Department announced Thursday.

Tigran Zmrukhtyan, 29, was sentenced Monday by U,S. District Judge Mark C. Scarsi after pleading guilty in July 2021 to one count of being felon in possession of firearms and ammunition, according to the DOJ.

On Dec. 18, 2020, Zmrukhtyan walked into the Macy's department store in the mall with a duffel bag full of guns and ammunition. Zmrukhtyan attempted to steal clothes and was eventually detained by loss-prevention employees and Glendale Police Department officers.

When he was detained, Zmrukhtyan had a loaded .38-caliber handgun tucked into his waistband with one round in the chamber and six bullets in the magazine. Inside the duffel bag, officers found four additional firearms, some already loaded, as well as high-capacity magazines loaded with bullets.

Before his arrest, Zmrukhtyan had been convicted of 19 felonies, including the 2016 burglary of a Burbank gun store in which he stole 10 firearms.

Zmrukhtyan's conduct "was not an aberration," federal prosecutors wrote in a sentencing memorandum filed in Los Angeles federal court. "For more than a decade, (Zmrukhtyan) has engaged in a streak of criminal activity that has seemingly worsened with each conviction."