TUSTIN, Calif. - An ex-con was sentenced Friday to 18 years to life in prison for setting a five-alarm blaze last year at a Tustin apartment building that displaced about 100 residents and killed a dog.

Patrick Andrew Ceniceros, 61, of Tustin, pleaded guilty May 24 to aggravated arson with property damage in excess of $8.3 million, arson of an inhabited structure, arson of property and cruelty to animals, all felonies. He also admitted sentencing enhancements for using an acceleration device in an arson.

Ceniceros has a prior conviction for attempted murder in October 2009 out of San Bernardino County, according to court records, which show that he served an eight-year sentence. 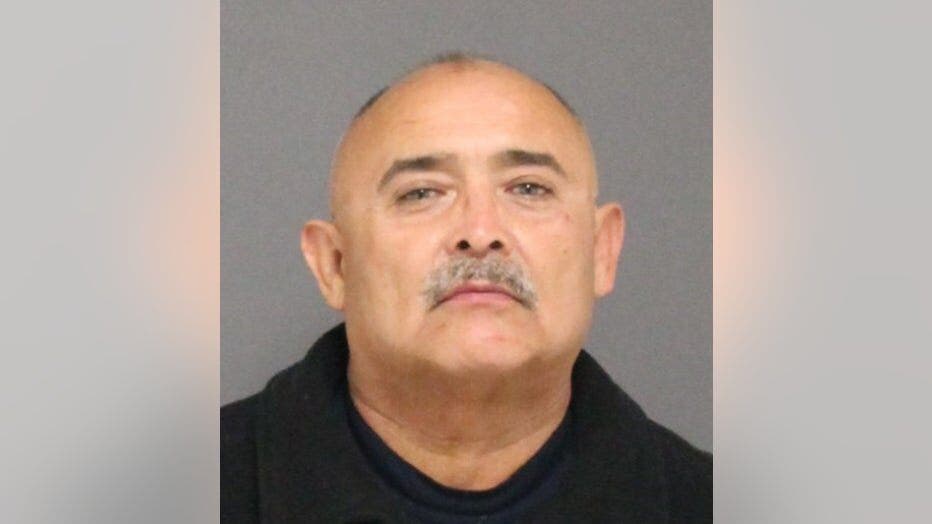 Orange County Superior Court Judge Gregg Prickett denied probation and sentenced the defendant to the life sentence because Ceniceros' "actions were especially callous and involved the threat of great bodily harm,'' according to court records.

According to the sentencing summation, the judge also said the apartment building's residents were "particularly vulnerable cause the fire occurred in the  middle of the night'' and added that Ceniceros' criminal records are "numerous and increasing in seriousness.''

Ceniceros was given credit for 599 days in custody. He has been in custody since Feb. 12, 2020, when he made incriminating statements while being interviewed by Orange County Fire Authority detectives about the apartment complex fire that was set in the pre-dawn hours that day, according to Tustin police Lt. Andrew Birozy.

Tustin police announced the arrest of 59-year-old Patrick Andrew Ceniceros in connection with a fire at an apartment building. (February 13, 2020)

The fast-moving blaze which displaced dozens of residents, two of whom suffered smoke inhalation, was reported about 3 a.m. at Chatham Village apartments at 15751 Williams St., near McFadden Avenue, and caused the roof to collapse. It wasn't fully extinguished for about five hours.

Bommarito said the first firefighters on the scene encountered heavy fire on the first floor that quickly extended to the second floor and the attic.

"That's how that fire traveled so quickly,'' he said then. "We had roof collapse in about 24 minutes, which is very quick for a building of this size.''

The entire building was "pretty much a loss,'' Bommarito said, as even the lower units not affected by flames were "uninhabitable'' due to water and smoke damage. About 120 firefighters battled the flames.