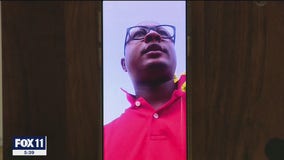 When TyRon Jackson saw the man in a white van, he immediately recognized him as someone who he helped at the beginning of the pandemic. 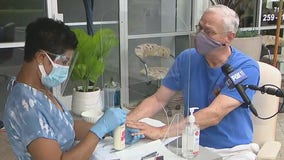 A nail salon in Tustin has moved its operation completely outdoors in order to remain in compliance with new state guidelines released last week amid a surge in coronavirus cases in California. 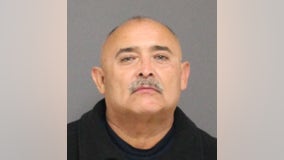 An estimated 60 residents were displaced after a massive five-alarm fire ignited at an apartment complex in Tustin early Wednesday morning, fire officials said. 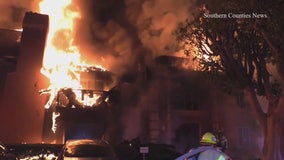 A massive fire destroys a Tustin apartment building. Two people were injured and dozens of others left homeless. 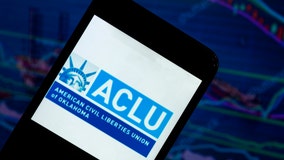 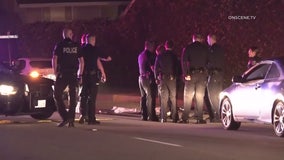 Meanwhile, police now believe that the fatal stabbing of a 62-year-old man in Tustin, which was initially thought to be part of the Santa Ana crime spree, was an unrelated attack. 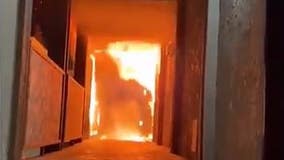 Two people were injured and some residents were displaced after a fire broke out at an apartment complex in Tustin. 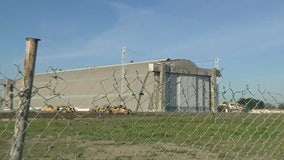 A woman had to be rescued by a helicopter after climbing to the top of a hangar at the old Marine Corps Air Station in Tustin, authorities say. Leah Uko reports. 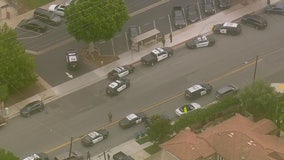 Hewes Middle School in Tustin was on lockdown Tuesday morning after a reported threat. No injuries were reported. Rick Dickert reports what we know. 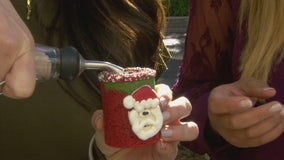 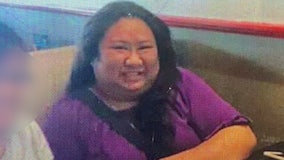 Tree falls on woman's car in Tustin killing her 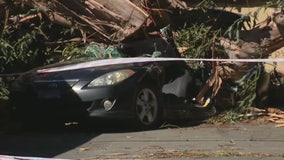 A woman was killed Monday when a tree fell on a vehicle outside a residence in Tustin. FOX 11's Stephanie Stanton reports. 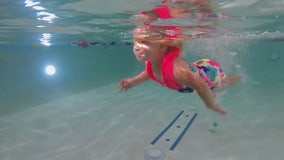 FOX 11's Sandra Endo reports from the Blue Buoy Swim School in Tustin where children are getting swim lessons from a young age in order to prevent drowning accidents. 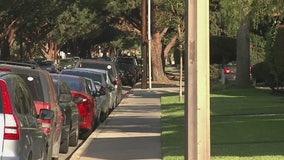 Police in Orange County are searching for a man who grabbed a woman off a sidewalk... And assaulted her. 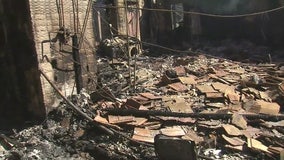 The fire prompted the evacuation of about 5,000 homes in Anaheim Hills, Orange and Tustin. FOX 11's Stephanie Stanton shows the incredible damage of one home in the City of Orange. 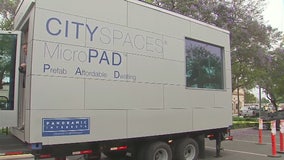 There's enough space for a bed, desk and chair, a kitchen with microwave and refrigerator, plus a shower and sink and some closets, all in 160 square feet. FOX 11's Sandra Endo takes a tour.