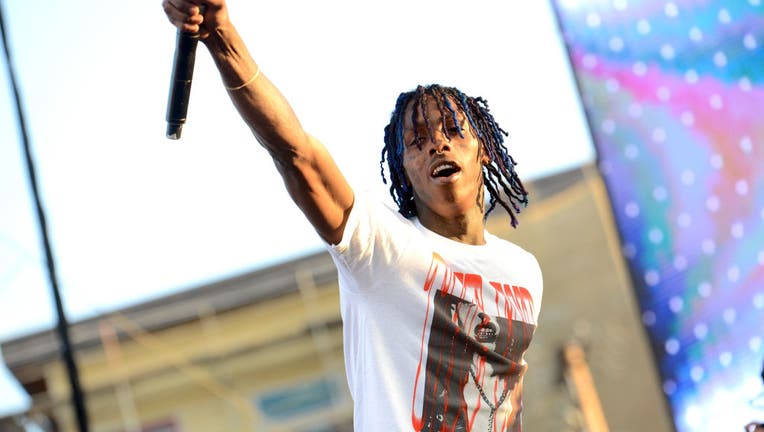 LOS ANGELES - A man seeking more than $170,000 in a default judgment against rapper Famous Dex -- whom the plaintiff accuses of stealing his luxury watch and then lying to police about who was the victim -- will have to try again after a judge found his second effort lacking.

Francati sued the singer on April 28, 2021. The suit's allegations include fraudulent misrepresentation, negligent misrepresentation, fraud in the inducement, false promise, theft, unjust enrichment and intentional infliction of emotional distress. He is seeking a default judgment because the rapper has not participated in the suit.

Francati wants a total of $172,586 from the rapper, including $90,000 in compensatory damages that incorporates the loss of his watch and "the extensive emotional distress, anguish and anxiety I have suffered," his court papers state.

In February, the judge found Francati had provided "no additional evidence regarding the asserted value of the watch" or facts to support his request for emotional distress damages. He also had not brought forth "any meaningful evidence" of the rapper's financial condition to support his request for $80,000 in punitive damages, according to Beaudet.

On Monday, during Francati's second attempt to get a default judgment, Beaudet found that although Francati now claims the watch was worth $49,000, he has not shown why he is entitled to another $41,000 in compensatory damages beyond the device's value. She also said he has not provided enough evidence to support his claims for special damages and attorneys' fees.

The judge scheduled a third default judgment hearing for June 28.

The singer's real name is Dexter Tiewon Gore Jr. In a sworn declaration, Francati says he and the 28-year-old entertainer already knew each other socially when he contacted the singer in March 2021. At the time, the singer was at the Saticoy Smoke Shop in Van Nuys, according to Francati.

The plaintiff said at one point he asked the singer to "showcase my luxury watch on his Instagram account. I thought it was a good opportunity to have my watch viewed by a large crowd because Famous Dex is a well-known rapper and has a massive audience on Instagram."

The singer accepted Francati's proposal and the two decided to meet that night at the smoke shop, Francati says. When Francati arrived at the business, the rapper was still in his car and asked the plaintiff to hand him the watch, according to the plaintiff.

"I handed him the watch, thinking that he wanted it to take a look at it," according to Francati, who says the singer instead drove away with the watch.

After a period of time, the singer called Francati and said four men had robbed him, taking the watch with them, according to Francati, who reported the alleged robbery and met with the singer again at the smoke shop, Francati says.

"Famous Dex made up false and misleading information to the officers, as the robbery had never taken place," according to Francati.

Without giving Francati a chance to tell his side of the story, the officers placed the plaintiff inside their patrol car and let the singer leave, the plaintiff says.

"I was handcuffed and placed in the back seat of the police car for a prolonged time because Famous Dex, lying to the officers, told them that I had allegedly staged the robbery and set him up to be arrested," Francati says.

That same night, the singer displayed Francati's watch on the entertainer's Instagram account, according to the plaintiff.

Francati says he has suffered "from a great deal of anxiety, stress and monetary loss."