Peter Anderson thought he’d seen it all until Wednesday. That morning he spotted a woman he describes as a sex worker approaching a FedEx driver near McNichols and Conant on Detroit’s east side.

DETROIT (FOX 2) - A FedEx driver is caught on video cruising around Detroit with an alleged prostitute in his truck. The driver makes some curious stops, and even some deliveries -- before dropping her off.

Peter Anderson thought he’d seen it all until Wednesday. That morning he spotted a woman he describes as a sex worker approaching a FedEx driver near McNichols and Conant on Detroit’s east side.

"I mean, I’m from this neighborhood so I see her all the time," Anderson said. "And I’m like, I know this guy ain't about to let her in, you know what I’m saying?"

But he let her right in and they pulled off, and onto a side street. Anderson, along with his son and daughter-in-law, followed, all while livestreaming the incident.

The video is racking up hundreds of views on social media.

"Well I got out and walked up to the truck and wasn’t nobody in the cab," Anderson said. "Well I didn’t see anything, but I heard sex sounds. I know what sex sounds, sound like."

The delivery man drives off, but the woman is still inside. Anderson says he followed the truck for about 45 minutes.

"He made five to six deliveries: stopped, got out, delivered packages while she was in the back the whole time," Anderson said.

The delivery truck went from Detroit to Warren, to a loading dock, where the driver tries to sneak the woman out of the truck.

"I was just trying to get her away from you," the driver tells Anderson after being confronted.

The driver ultimately lets the woman out at the Detroit Police Department's 11th Precinct.

Anderson is there, his camera still rolling.

"No, she said she was scared of ya’ll," the driver said on video.

"My whole thing was that you work for us, and you're out here picking up prostitutes while you supposed to be delivering packages," Anderson said. "That’s why everybody’s packages are late - because of guys like him, and it’s people out here who really need that job."

FOX 2 reached out to FedEx for a comment, a spokesperson said they are "aware of the video, and are investigating the situation." 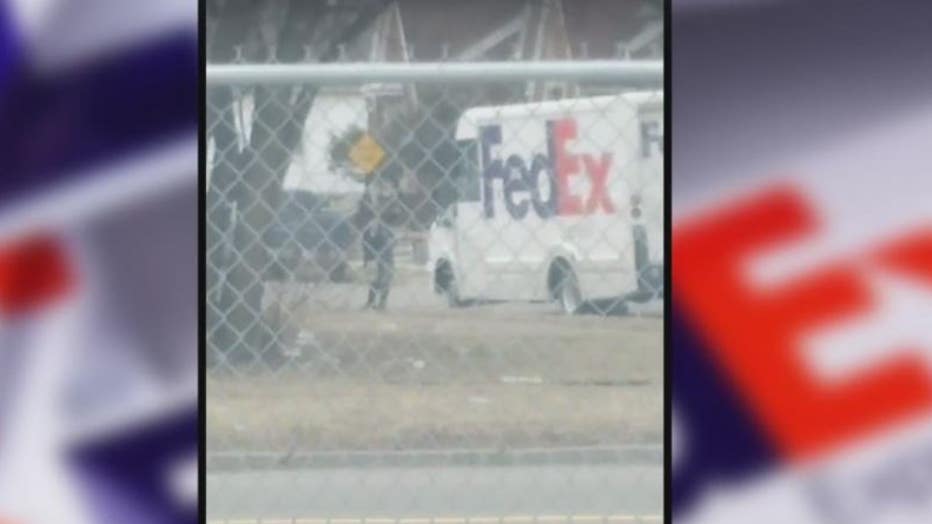