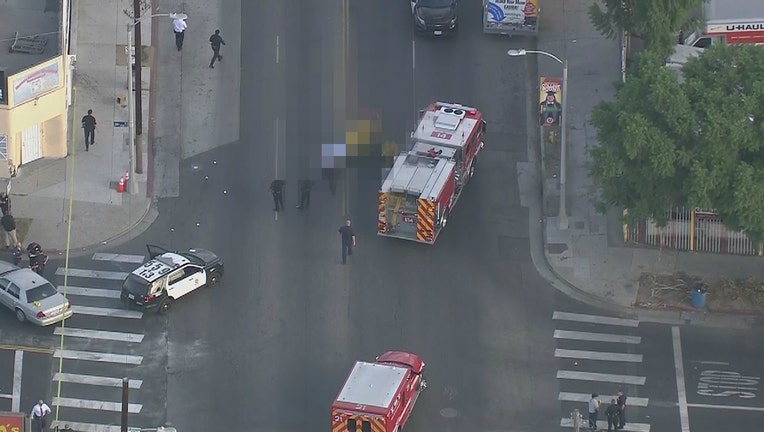 The Los Angeles Police Department reported the shooting around 8 a.m. near the intersection of E 28th Street and S Central Avenue.

LAPD said a shirtless, knife-wielding man confronted someone and the person involved in the altercation "ran away in fear."

An officer assigned to the Newton area drove northbound and saw the suspect walking around armed with a knife when he requested backup, LAPD said.