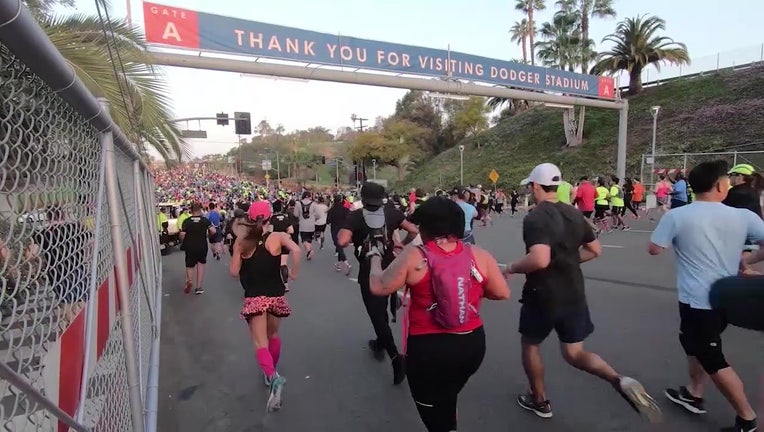 LOS ANGELES - The 2021 Los Angeles Marathon was rescheduled for a second time Tuesday due to the ongoing coronavirus pandemic, with the 36th edition of the annual race now set for sometime in the fall.

In November, the marathon was postponed from its original date of March 21 to May 23, pending final approval of all city partners, applicable health departments and other governmental agencies. But organizers couldn't make that date either, they said Tuesday.

"Given the current state of the pandemic in the Los Angeles area and the pace of the vaccine roll-out, the Rose Bowl Half Marathon & 5K, the LABig5K and the Los Angeles Marathon presented by ASICS will be rescheduled for the fall 2021," marathon officials tweeted.

"We are currently exploring available dates with our host cities and venues. This process will take some weeks and a decision regarding new dates will be announced as soon as possible. All decisions will be made with the health and safety of all athletes, volunteers and city officials as our top priority."

The LA Big 5K is customarily run on the eve of the marathon.

The McCourt Foundation, which runs the marathon and the Rose Bowl 5K and Half Marathon, announced a major course change to the Los Angeles Marathon last year, replacing the "Stadium to the Sea" course it had been run on since 2010 to a "Stadium to the Stars" course from Dodger Stadium to Brentwood where runners will double back on San Vicente, Sepulveda and Santa Monica boulevards, ending at Avenue of the Stars in Century City.

The change was made because "the dramatically increased costs quoted by the city of Santa Monica for the 2021 running of the marathon, and future events, made remaining in Santa Monica financially infeasible," according to the foundation.

The Los Angeles Marathon has been held in March since its inaugural edition in 1986 except for 2009 and 2016.