Things got out of hand in Downtown Los Angeles as World Series celebrations turned violent and even led to some businesses being targeted by looters.

LOS ANGELES - Los Angeles was bursting with excitement after the Dodgers beat out the Tampa Bay Rays to become 2020 World Series champions following Game 6 on Tuesday night. Unfortunately, some of those celebrations got out of control overnight and resulted in at least eight people getting arrested and three officers getting hurt, the Los Angeles Police Department said.

At least 12 people were arrested after looting and vandalism was reported in downtown Los Angeles following the Dodgers World Series Victory, police said.

After the game, the legendary Vin Scully congratulated the Dodgers and asked fans to celebrate the World Series win "properly." However, it appears his request was ignored.

The LAPD declared an unlawful assembly and issued a tactical alert around midnight, calling for additional resources. Firefighters were also called to several locations throughout the downtown area to put out fires ignited by fans on roadways.

A video posted to the Citizen App showed a group breaking into a Foot Locker store located near Broadway and Eighth street. The video shows the group smashing the glass storefront before they proceeded to ransack the store. 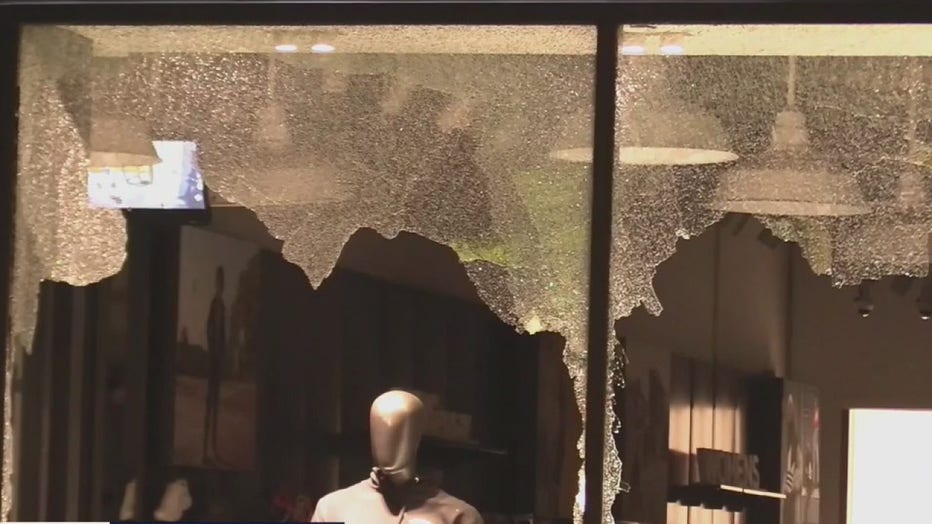 The majority of the arrests were made at the footwear retailer, police said. Two of the suspects hid from police for hours before they surrendered.

The Dodgers' World Series victory celebration Tuesday night in downtown LA was fun for most people., but destructive for some. Once again... Some people took to the streets not to cheer for the Dodgers, but to vandalize and loot.

Downtown LA residents told FOX 11’s Mario Ramirez they felt the violence had nothing to do with celebrating the Dodgers.

"I don’t think it’s safe. I think it’s really dangerous and scary and I think it puts a lot of people at risk and it’s just a lot of work for the police," one resident said.

In addition to Foot Locker, several restaurants, including Le Grand, and a Walgreens were damaged.

"The looting has nothing to do with people celebrating the game. If you’re happy for the team winning…that doesn’t make any sense looting and breaking into stores and taking whatever you want to take," another resident told FOX 11.

Fans also looted a semi-truck near Olympic and Flower streets. The crowd was seen throwing bottles and rocks at officers who then used rubber bullets to calm and help disperse the crowd. 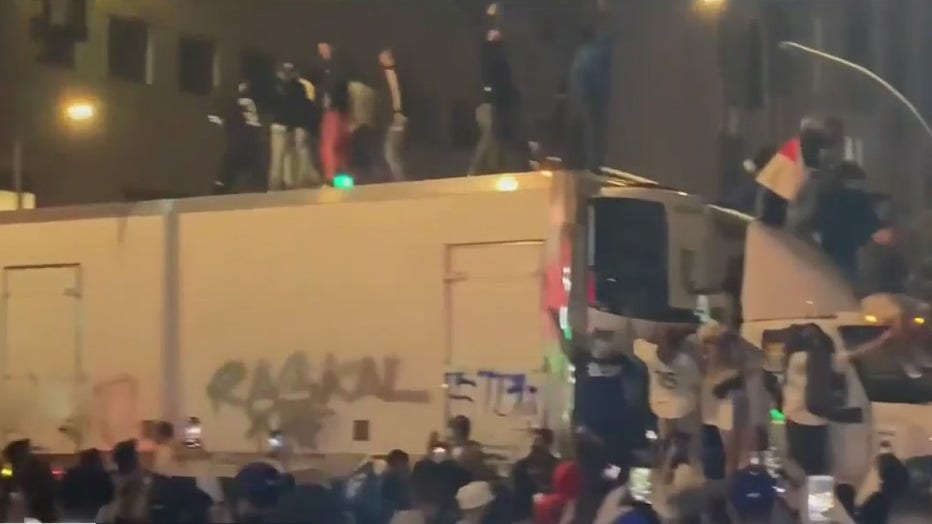 In addition to the violent activity in downtown Los Angeles, SkyFOX was overhead when a car caught on fire after doing donuts and encountering fireworks on the street in East Los Angeles. Thankfully, no injuries were reported in the area. 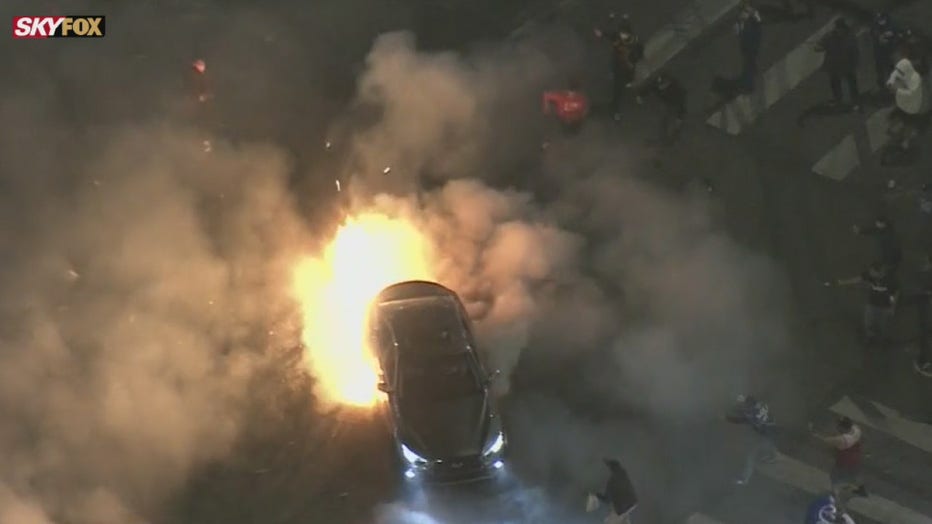 This comes on the heels of another championship for the City of Angels when the Los Angeles Lakers won the 2020 NBA Finals. The Lakers' big victory also resulted in 76 arrests also due to looting and vandalism near Staples Center.

Officials said a man was taken to a local hospital after suffering an eye injury.