New videos and photos released by LAPD may have finally revealed the true story behind the LAX "Jet Pack Man."

LOS ANGELES - Remember the viral videos of what appeared to be a guy in a jet pack?

New videos and photos released by the Los Angeles Police Department on Monday may have finally revealed the true story behind the LAX "Jet Pack Man."

The new images appear to show an inflatable balloon resembling Jack Skellington from Tim Burton's Nightmare Before Christmas, not an actual human wearing a jet pack. 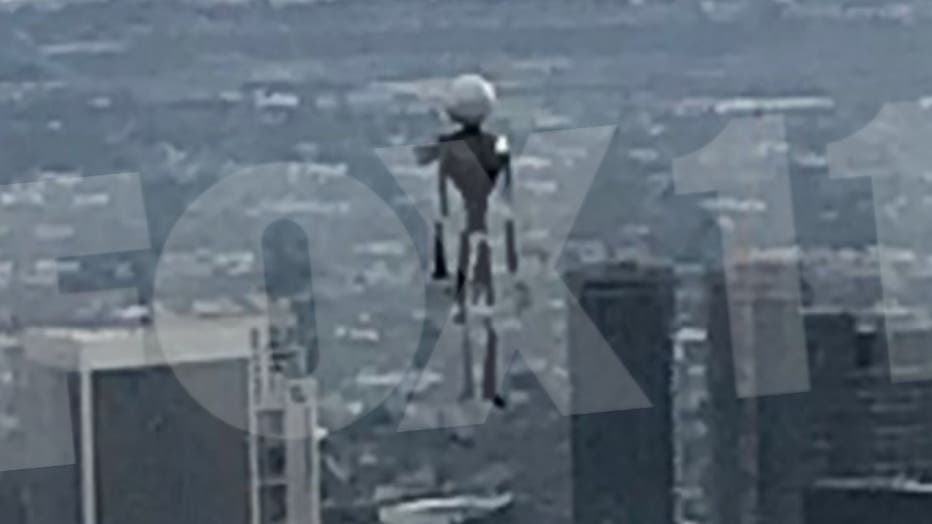 New videos and photos released by LAPD may have finally revealed the true story behind the LAX "Jet Pack Man."

Monday's revelation comes months after multiple reports of reported Jet Pack Man sightings made rounds on social media. The LAX mystery first captured the Internet's attention in late August of 2020 after an American Airlines pilot reported "seeing a mystery person in a jetpack flying in the path of incoming jets."

The FBI issued the following statement after FOX 11 obtained the new images and videos Monday:

"The FBI has worked closely with the FAA to investigate reported jetpack sightings in the Los Angeles area, none of which have been verified. One working theory is that pilots might have seen balloons."

As of Monday night, no arrests or charges have been announced in the investigation. So far, no one has come forward to definitively confirm it was the Jack Skellington balloon that was actually flying over the Los Angeles skies.