Weeks after FOX 11 looked into reports of a mystery person in a jetpack, the "Jetpack Guy" may have made a possible return.

In the right-hand seat of a Sling two-seater, Flight Instructor Brandy Fogelman and a student were over about 3,000 feet over the ocean near Rancho Palos Verdes on Monday, December 21 when she saw the mystery in the sky.  She pulled out her phone and recorded about 30 seconds of video that certainly looked like a person on a jet pack zooming across the horizon about a half-mile away from their plane.

"I've never seen anything like that,'' Fogelman told FOX 11. ''You could see arms and legs".

Her CEO, Wayne Tuddon, who is also a pilot, had no explanation. Tuddon said, "We didn't report it because we didn't know really what it was. But like I say, it really did look a lot like a jet pack." 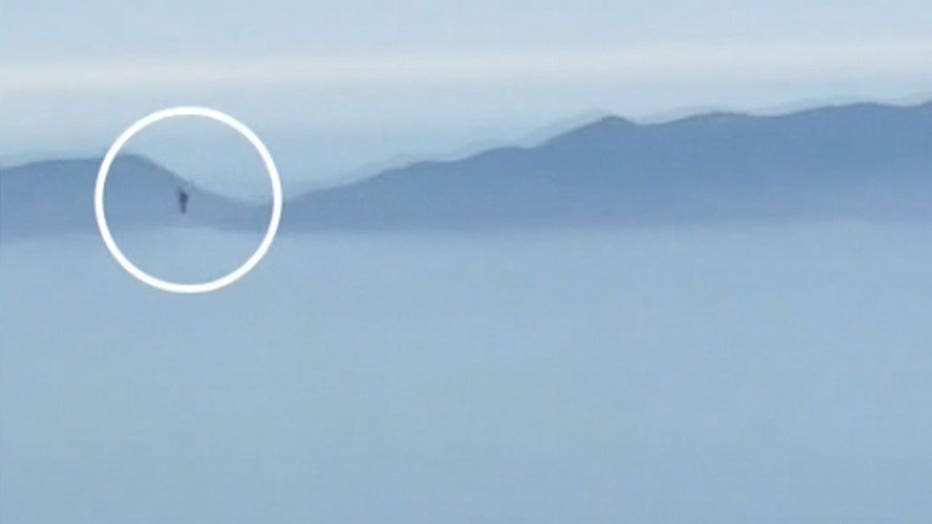 The FAA told FOX 11 in a statement that the agency takes these sighting reports seriously but haven't been able to "validate" some of the reports they have gotten in the past. As for the possible Dec. 21 sighting, FAA said it hasn't received any recent reports.

Below is a statement released by the FAA:

"The FAA has not received any recent reports from pilots who believe they may have seen someone in a jetpack in the skies around Los Angeles. The FAA has taken the sighting reports it has received seriously, and has worked closely with the FBI to investigate them. However, the FAA has been unable to validate the reports."

The academy might not have reported it, but if you're following this story, you know FOX 11 has covered two previous alleged jet pack sightings by commercial pilots approaching LAX.  Each of those incidents was investigated by the FAA, the FBI, and local police, but came up with little information, similar to this latest sighting. An FAA spokesperson said they were 'unable to validate' the reports.

When Fogelman saw something and got in on video, two other veteran airline pilots were quite adamant about what they saw.  If it's someone flying around in a jet pack, they have chosen to stay out of the public eye for some reason.

The jet packs are not illegal, and it would be quite a novelty and a feat to have one in Southern California that people could pay to train and fly in, as long as they are nowhere near airports.

Keiji Hiramoto contributed to this story.