Dozens of people gathered at the historic Union Station Tuesday for the return of the annual tree lighting event.

LOS ANGELES - Dozens of people gathered at the historic Union Station Tuesday for the return of the annual tree lighting event. The event was on a hiatus due to the pandemic.

The event was held at the station's south patio, and the 30-foot tree – with thousands of lights – was lit just before 7:30 p.m. in front of a crowd of people who were excited about the event. 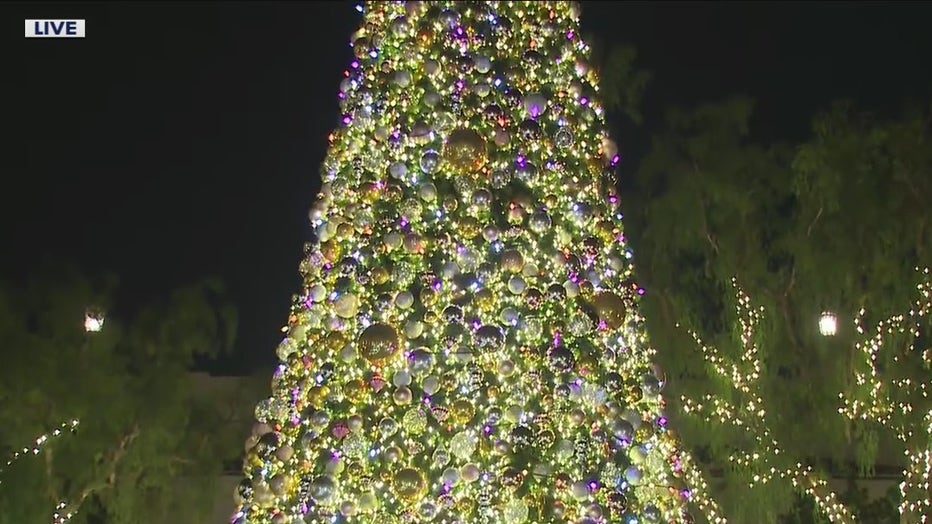 The event featured treats, hot chocolate and performances from 'The Beverly Belles' and 'Weekend Celebrity' as artists created a live mural as well. It also featured a holiday crafts zone.

Families told FOX 11 they were happy to be part of the ceremony for the first time since the pandemic started.

"It was very reminiscent to New Years. It almost felt like the ball just dropped. All of the excitement is in the air, the kids are screaming. It's very magical,," said Jonathan Bangs, who was with Eva Sinotte, and their 1-year-old daughter, Araya Sinotte-Bangs.

Union Station will hold more events including a Holiday Market on Saturday, December 4.