LOS ANGELES - When you see Los Angeles Police Department Sergeant Arius George in uniform, it might not surprise you to hear he was a high school athlete. It's when he shoots and scores on the basketball court that will leave you stunned!  The African-American officer has earned the name "Trick Shot Cop" and is using the unique talent to break barriers between police and the community.

Sgt. George's signature shot has him from mid or even full court tossing the ball behind and scoring.  He can do it on the first or second try.  Let me paint the picture again!  Stand with your back to the net. Throw the basketball over your head, not looking, and swoosh, it's in!  Yes, as you might imagine it is a crowd-pleaser, a stunner, and kids in the community erupt in cheer. 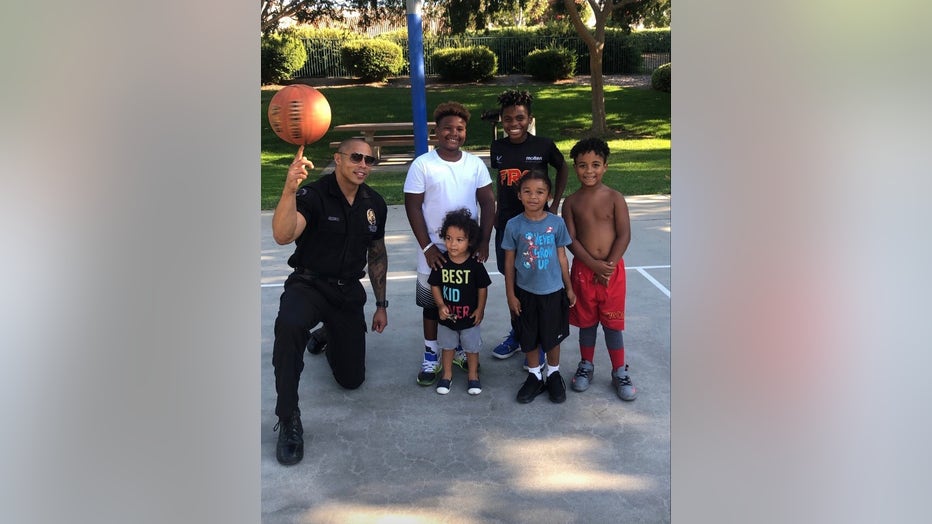 So where did this LAPD officer learn such mad skills?

Sgt. George grew and in Southern California and played ball in high school in Pomona but says injuries side-lined any hope of a career on the court just as he was entering college. He says he and his brother would work out and play basketball.  One day, he decided to bounce the ball off and wall and it almost went in. From there he developed amazing trick shots.

What's really fascinating is to learn is this is not a talent he developed over the decades. George tested the trick shot just three years ago and he's 40-years-old. Now, "Trick Shot Cop" is his signature and teaching tool in uniting officers and the community.  Who doesn't love a fancy move on the court? And Sgt. George loves to surprise people while in uniform.

George is a fan of the Los Angeles Lakers and his favorite player is Anthony Davis. He has done a half-time event at a Laker game and partnered with the Harlem Globetrotters for a community benefit.

George is a Sergeant at LAPD's Central Station. He has also worked in recruitment.