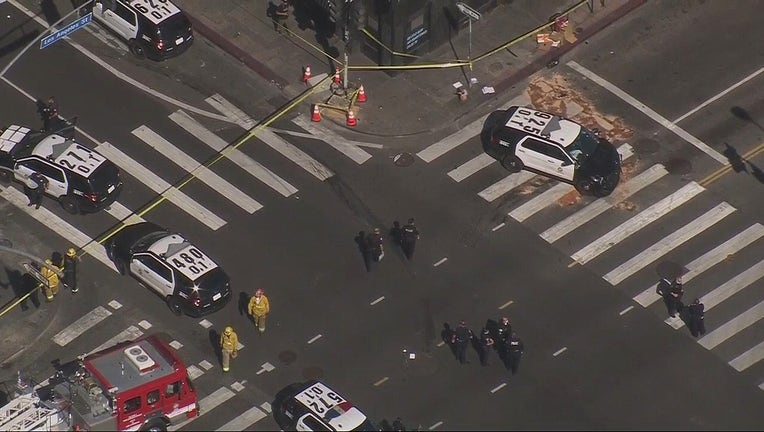 The crash was reported about 10:50 a.m. at Fifth and Los Angeles streets, according to the Los Angeles Police Department. Two officers were taken to a hospital for treatment of unspecified injuries, the LAPD reported. 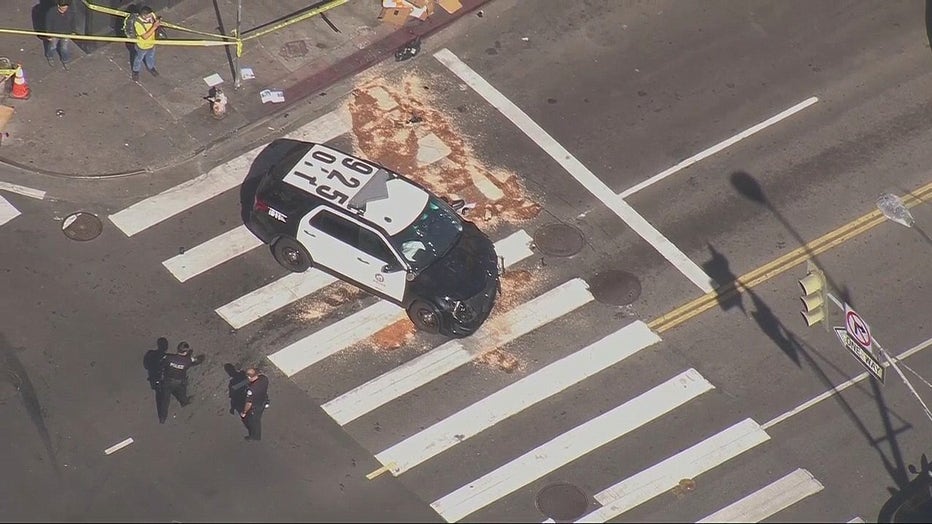