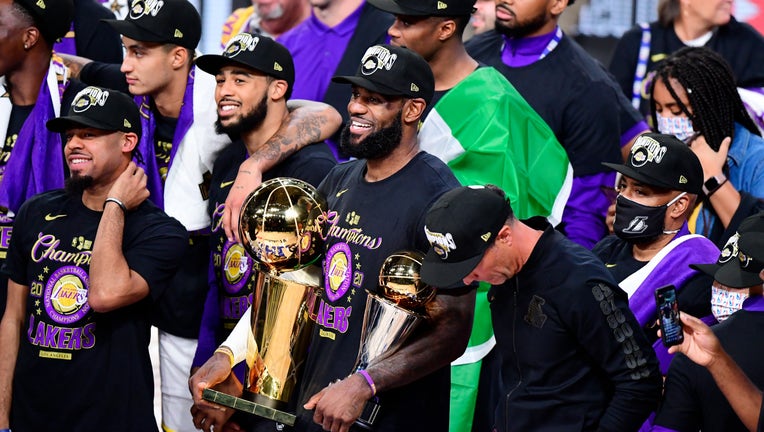 LOS ANGELES - The Los Angeles Lakers are reportedly looking to bring back the longtime tradition of visiting the White House to celebrate the team's 2020 championship run.

According to a report from Yahoo Sports' Chris Haynes, the Lakers are "looking forward" to visiting the White House at some point during this season after President-elect Joe Biden is sworn into office.

Since President Donald Trump was sworn into office as the 45th President of the United States, no teams celebrating their NBA championships have visited the White House:

Back in 2017, President Trump announced he had withdrawn his White House invite to the Warriors, who made it clear weeks before winning the 2016-2017 NBA championship that the team's players and coaches had no desire to meet the president or accept the visit. LeBron James, who was with the Cleveland Cavaliers at the time, mocked President Trump's announcement on social media, saying Warriors star Stephen Curry never wanted to visit the president in the first place.

"Going to White House was a great honor until you showed up!" James tweeted of Trump, in part, on social media in 2017.

As of Thursday, it's not clear if or when President-elect Biden plans to extend his invitation to the Lakers. The Lakers are just weeks removed from winning the NBA championship after defeating the Miami Heat in six games in the bubble.