Crews work to knock down fire at DTLA high-rise

Firefighters were working to knock down a fire that erupted inside a restaurant at a high-rise building in downtown Los. Angeles.

LOS ANGELES - One man was seriously injured and more than 100 people were evacuated after a fire broke out at a high-rise apartment building in downtown Los Angeles Monday morning.

Crews responded shortly after 8:30 a.m. to the building at 255 S. Grand Avenue. According to the Los Angeles Fire Department, the fire began in a restaurant on the ground floor of the building that was being renovated. A construction worker on the crew at a new Chipotle cut through an electric main that distributes power through the building. That worker was taken to the hospital with burns covering more than half his body, according to LAFD.

While the fire was contained to the construction site, smoke went up several floors of the building. The building's tenants were successfully evacuated and are in temporary housing waiting for LAFD clearance to return to their homes.. 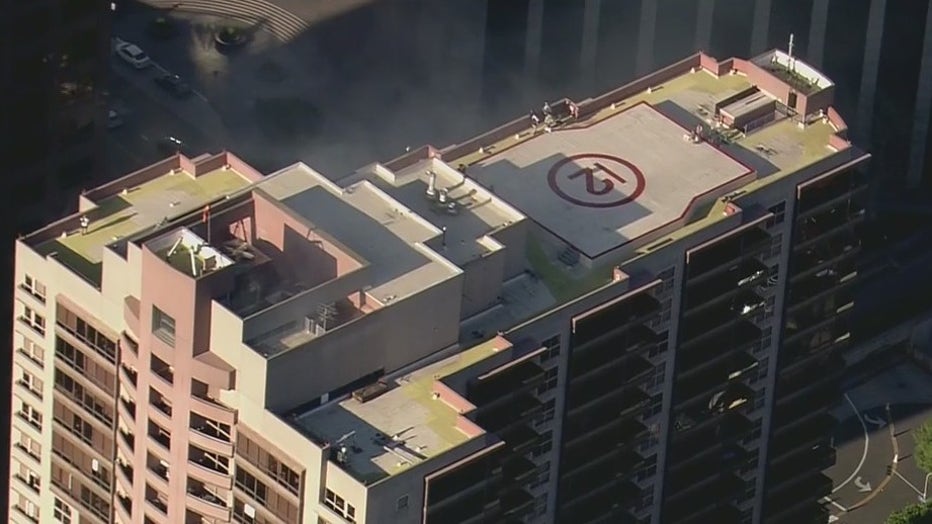