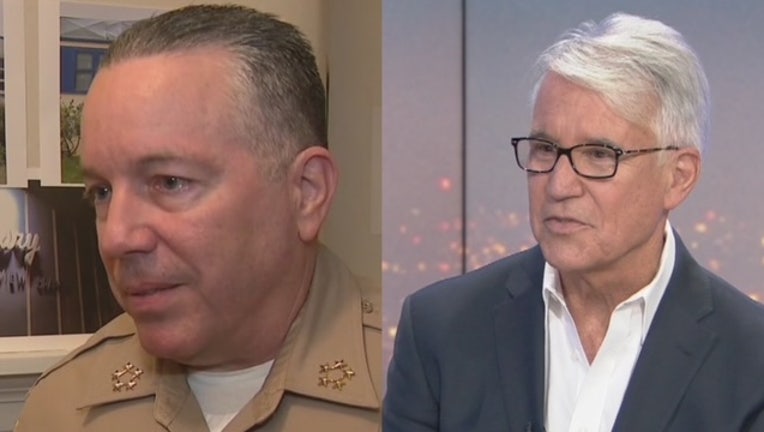 "It looks like it's gonna happen. I think that's a historical moment for this experiment with ultra-progressive DAs who don't do their job. I think the country has had enough with it. They just want to see basic law and order reinstituted everywhere," Villanueva told host Brian Kilmeade.

More than 400,000 voters have signed a Los Angeles County petition calling for Gascón's recall. The petition is required to have 566,857 by July 6 in order to get the recall question on the November ballot for Los Angeles voters.

Under Gascón's soft-on-crime policies, the county has seen a drastic increase in crime including follow-home robberies, smash-and-grab robberies, homelessness and homicide.

Since Gascón took office in 2020, Los Angeles has seen a 34% increase in homicide, 15.5% increase in violent crimes, 6.7% increase in property crimes and 67% increase in shooting victims. Arrests have decreased by nearly 25% since 2020, according to LAPD statistics.

Villanueva argued the county has had enough of the "experiment" with soft-on-crime politicians and the "bill of goods" sold by politicians on defunding the police.

"People want a sense of normalcy," Villanueva said. "We can do a lot of reforms … but it shouldn’t be an either-or proposition. We can do both."

Across many soft-on-crime cities like Chicago and New York, crime rates have skyrocketed leading to a reversal in sentiment on crime and law enforcement.

Villanueva praised voters for working to "correct" the "mistake" of electing "ultra-progressive" George Gascón as the county’s top prosecutor.