Rep. Adam Schiff joined Good Day LA on April 21 to discuss with Araksya Karapetyan the need for the Biden administration to recognize the Armenian Genocide.

LOS ANGELES - Los Angeles Mayor Eric Garcetti asked the Biden Administration to recognize the Armenian Genocide and urged the public to join the call and sign the #YesItsGenocide campaign. 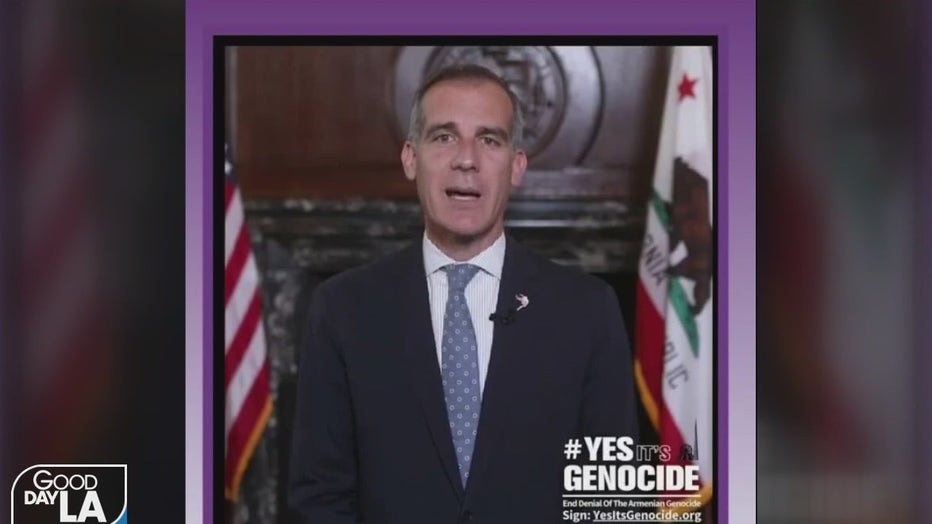 "It's time to speak the truth, it's time to remember the tragedies of history so that we do not repeat them," said Mayor Garcetti.

On Wednesday, FOX 11 sat down with Rep. Adam Schiff, as the U.S. lawmaker representing California is on board with the push to get the Biden administration to acknowledge the genocide.

"If we aren’t going to recognize a genocide that happened a century ago, what does that say about our willingness to stand up and confront a genocide happening today?" Schiff said.

"In terms of U.S-Turkish relations. they have been going south for a long time," Schiff adds. "As Turkey has increasingly become more autocratic, drifted away from the west and the United States and more towards Russia and Iran, so we shouldn’t be carrying their water on genocide under any circumstances but also if our relationship with Turkey depends on our complicity on genocide denial, it’s not much of a relationship."

Schiff also said Azerbaijan needs to turn over the prisoners of war.

"The United States certainly shouldn’t be supporting a nation like Azerbaijan with military aid that’s going to commit aggression against its neighbors and that’s detained in violation of international law POWs," he adds.

"The facts are clear. The history is clear and it's tremendously important for the United States of America to be publicly on record in recognition of this genocide," said Senator Alex Padilla.

California Senator Alex Padilla joined Senator Bob Menendez adding his name to a bipartisan letter along with 38 senators, urging President Biden to go on the record and formally acknowledge the Armenian Genocide, just like Congress did in 2019 when both the House and the Senate passed the Armenian Genocide Reaffirmation Resolution.

"The United States Senate by unanimous consent passed it, I was proud to sponsor that. The House of Representatives have passed it, it's time for the President of the United States to do what the rest of the Congress representing the people did, which is to recognize the genocide. Let's call history for what it is," said New Jersey Senator Bob Menendez, the chair of the Foreign Relations Committee.

Senator Menendez has spent years fighting for this cause and spearheaded that historic move.

Senator Padilla is a San Fernando native and spent years working with Armenian community leaders while serving on the Los Angeles City Council, as California’s Secretary of State, and is now a US Senator.

"It is not until we acknowledge the truth that we can number one work towards true justice for the victims, but also make sure that we are accepting the truth and passing on those important lessons to future generations," said Senator Padilla. 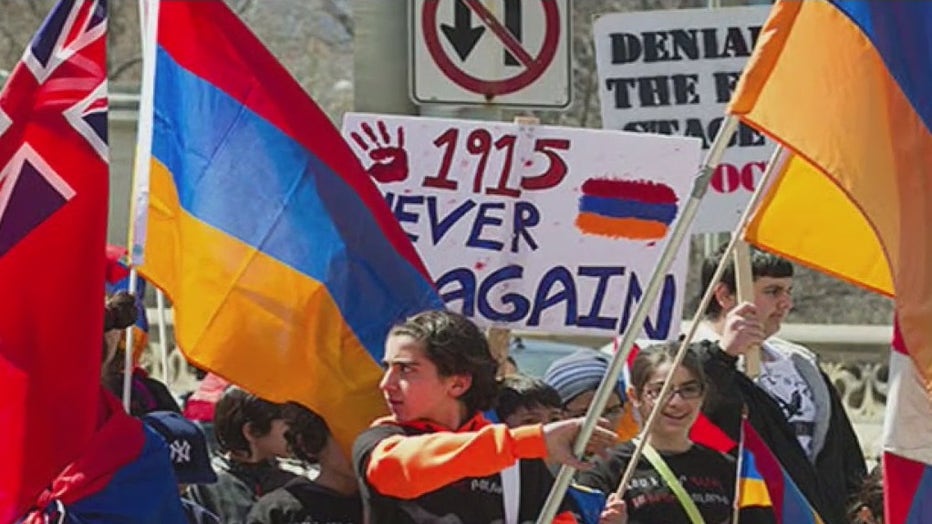 Senator Padilla said this move would also send a strong signal throughout the rest of the world.

"Other countries have long done this, but the U.S. does carry a very significant geopolitical weight throughout the world. And a lot of governments, I would argue, are on a holdout to see how the U.S. government will react to this matter for them to follow suit. Government officials will hopefully also put additional pressure on the government of Turkey to do the right thing face its own dark chapter in history," said Armen Sahakyan, Executive Director ANCA-WR.

The dark chapter in history is why every year around the world and here in Los Angeles, thousands come out to tell the story of what happened so many years ago.

Remembering the Armenian Genocide during the coronavirus pandemic

LAUSD to observe April 24 in recognition of the Armenian Genocide

"I have heard from the White House that President Biden is going to recognize the 1915 killing of Armenians under the Ottoman's rule as a genocide," said Ian Bremmer, President and Founder of GZERO Media.

Bremmer, a Washington insider, is the President and Founder of GZERO Media, where he hosts a weekly digital broadcast show, examining the key global issues of the moment.

"The administration is committed to promoting and respecting human rights and assuring such atrocities are not repeated and a critical part of that is acknowledging history. That is code in Biden land in recognizing the genocide," said Bremmer. 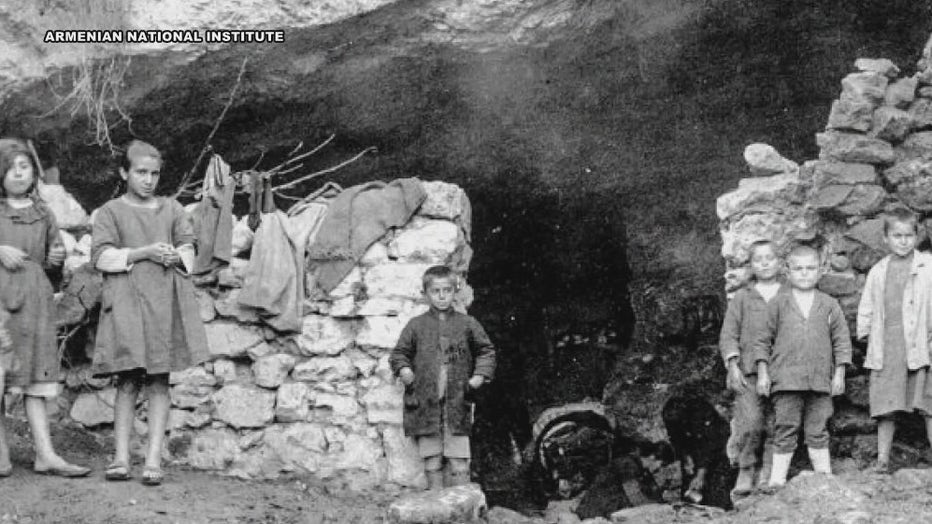 The current Turkish government continues to deny that this was a genocide. Those who did survive found refuge in cities around the world, especially in Los Angeles County.

"We’re hoping to get hundreds of thousands of signatures to maintain that pressure on the administration. A petition campaign on change.org -- a campaign called #yesitisgenocide -- where people can visit and sign off their name," said Sahakyan.

The last time a U.S. President used the word genocide to refer to what happened was 40 years ago. President Reagan used the word in a speech. Now this many years later, all eyes are on President Biden to see what he will say come April 24.

"The presidential recognition is just another milestone in our March for truth and justice," said Sahakyan.