LOS ANGELES - The Los Angeles Unified School District has voted to observe April 24 as an official school holiday in recognition of the Armenian Genocide.

The board says the Los Angeles Unified community will now have the day off to honor those lost in the 1915 Armenian Genocide.

Los Angeles is home to the largest Armenian population outside of Armenia and every year on April 24th thousands of people take to the streets of LA and march in commemoration of the genocide. 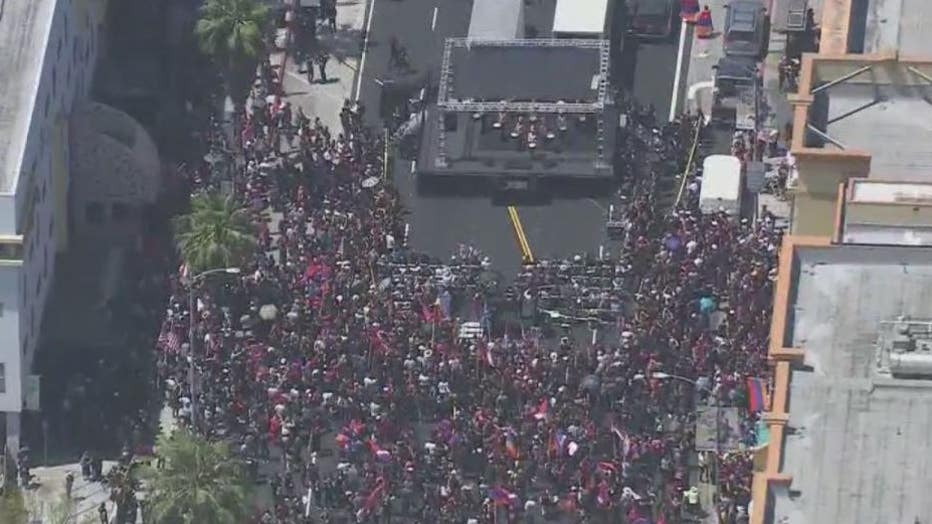 “Each year, Armenian families across Los Angeles remember those lost in the first genocide in modern history, and many of them have a direct connection to the tragedy,” Board Member Kelly Gonez said. “This change in our calendar shows Los Angeles Unified’s commitment and solidarity to our Armenian community.”

The resolution was authored by Board Member Kelly Gonez.

Due to the large scale commemorative activities held each year, the school board says student absences on April 24th are more than double of those on a typical school day.

Observing April 24th as an official school holiday will now allow students, staff, and faculty to freely participate in events and honor the 1.5 million Armenian who died at the hands of the Ottoman Empire.

“[The] vote is truly a monumental moment for our community and the legacy of our ancestors. This calendar change will allow our Los Angeles Unified Armenian community to participate and pass on the truth of our history to the younger generations,” the Education Commission of the Armenian National Committee of America – West Region (ANCA-WR) said.

This decision by the board comes amid rising conflicts between Armenia and Azerbaijan. As intense shelling continues in the region of Nagorno-Karabakh, also known as Artsakh.

Clashes between Azerbaijani and Armenian forces began on Sept. 27, since then hundreds have been killed. It is the worst escalation of hostilities since 1994 when a truce ended a war that raged for years.