LA Fashion Week is here! FOX 11's Christine Devine caught up with independent designers as they showcase their work.

This week, the Arts Hearts Fashion team will host their four days of grand fashion shows at The Majestic in downtown LA.

Ahead of Thursday's opening night Art Hearts created a week-long dayside opportunity for designers calling it a fashion hub. It's in partnership with the new membership work share venue called Fashion Tech Works at the New Mart on East 9th Street.

In one room, a fashion shoot was underway. In another, a designer who flew in from Spain was holding his fits for the runway shows. Another, was home to the Black Design Collective. On their next floor up was an open space for an independent design collection, a room for makeup and hair, and a small runway stage.

Erik Rosete founded Arts Hearts as a way to help a few fellow designers show their works. His brand Mr. Triple X is made in LA. He says their LA designers are dressing celebrities for the red carpet and for music videos.

LA Fashion Week is back! This week, the Arts Hearts Fashion team will host its four days of grand fashion shows at The Majestic in downtown Los Angeles. 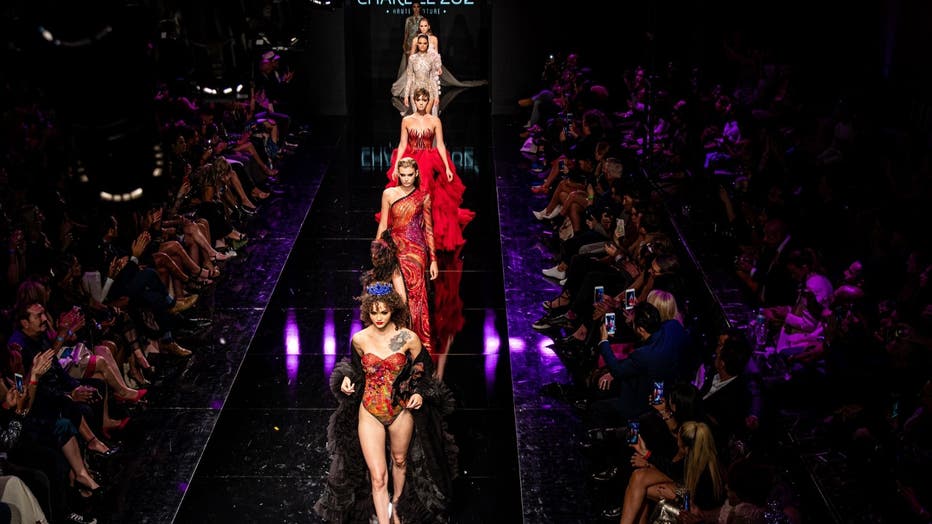 Among those showcasing their works at the week-long Art Hearts Fashion Hub was Marika Soderlund, designer of Shop.MyClub.

The la designer of Shop.MyClub is showcasing her works.

Fashion Tech Works CEO Cindy I. Keefer says their co-working space is about helping designers get on an entrepreneurial roadmap using their partners.

The fashion world is not immune to the war in Ukraine. A model, designer, and Art Hearts marketing director are all from Ukraine with family or friends still there.

Art Hearts Fashion is hosting its dynamic runway shows starting Thursday night in downtown LA. A portion of the proceeds from their ticket sales is going to support the war effort in Ukraine.