The couple survived after their car plunged hundreds of feet.

LOS ANGELES COUNTY, Calif. - On Tuesday, a couple was at a loss for words and filled with gratitude after they reunited with the brave first responders who saved them on what was a terrifying afternoon in the Angeles National Forest.

The special moment was seen only on Good Day LA.

On Dec. 14, Cloe Fields and Christian Zelada were traveling along the Angeles Forest Highway when their vehicle plunged 300 feet down a cliff. Miraculously, they were able to get help with the assistance of an iPhone feature that helped the Montrose Search and Rescue Team with the Los Angeles County Sheriff’s Department locate them.

Authorities said the smartphone’s "emergency satellite" service notified crews that a car went off-road, despite the fact that the couple did not have cell service and were unable to call 911. 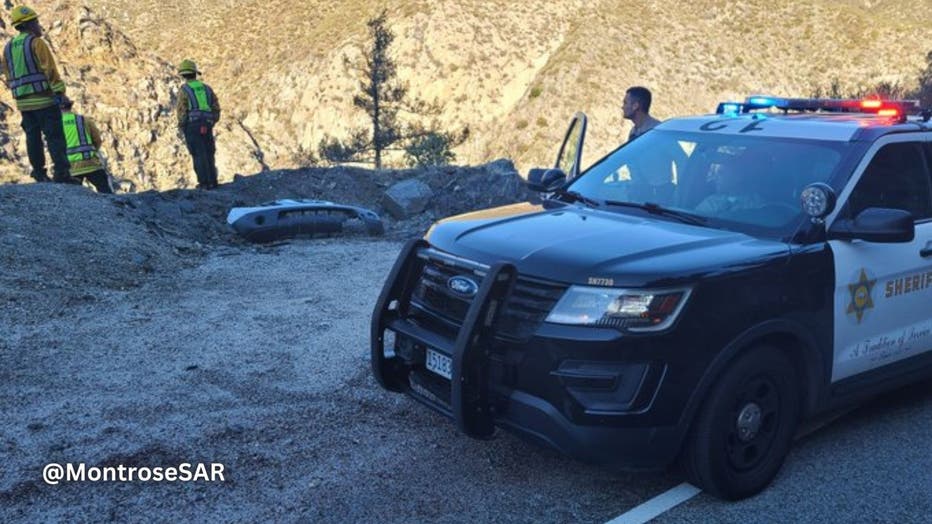 The couple involved in the crash not only survived the fall, but they were also able to get themselves out of the car and were conscious enough to use the phone's emergency satellite service to communicate with emergency crews via text, according to the Montrose Search and Rescue Team.

Fields and Zelada were airlifted to an area hospital with moderate injuries, and have since been treated and released.

A GoFundMe page has been launched to help the couple pay their medical expenses from the horrific crash. Those looking to help can click here for more information.