On the afternoon of April 8, protesters gathered against the closure of Food 4 Less in East Hollywood.

LOS ANGELES - A large group of protesters gathered on Thursday afternoon amid the announced closure of Food 4 Less in East Hollywood. It is one of the three Kroger stores in the Los Angeles area set to close due to a "Hero Pay" ordinance.

"Ralphs and Food 4 Less have made the difficult decision to close three of its 68 locations in the City of Los Angeles. The closures follow the Los Angeles City Council’s mandate that requires a select group of employers to provide extra pay for frontline workers, but not all companies who employ frontline workers. The mandate will add an additional $20 million in operating costs over the next 120 days, making it financially unsustainable to continue operating the three underperforming locations. Despite our efforts to overcome the challenges we were already facing at these locations, the extra pay mandate makes it impossible to run a financially sustainable business that ensures our ability to continue serving the Los Angeles community at those three locations with reliable access to affordable, fresh groceries and other essentials. We are proud of our role as a leading employer in Los Angeles and remain committed to our dedicated associates on the frontlines serving in our 65 other area locations."

On Wednesday, two councilmembers introduced a motion to have the city investigate the reasons the Kroger Co. decided to close three Los Angeles stores following the passage of a city ordinance that requires large grocery and pharmacy retailers to offer employees an additional $5 per hour in hazard pay amid the COVID-19 pandemic.

"The city has an interest in considering whether it should take legislative action to address these closures and potentially future closures of other grocery stores especially in areas of the city that are commonly known as Food Deserts,'' the motion introduced by Councilmen Marqueece Harris-Dawson and Paul Koretz reads.

"In order to do so, the City Council should seek information from the grocery stores and their executive management to better understand their actions and inform the City Council on ways that might protect the city and its residents from the consequences of these types of closures.'' 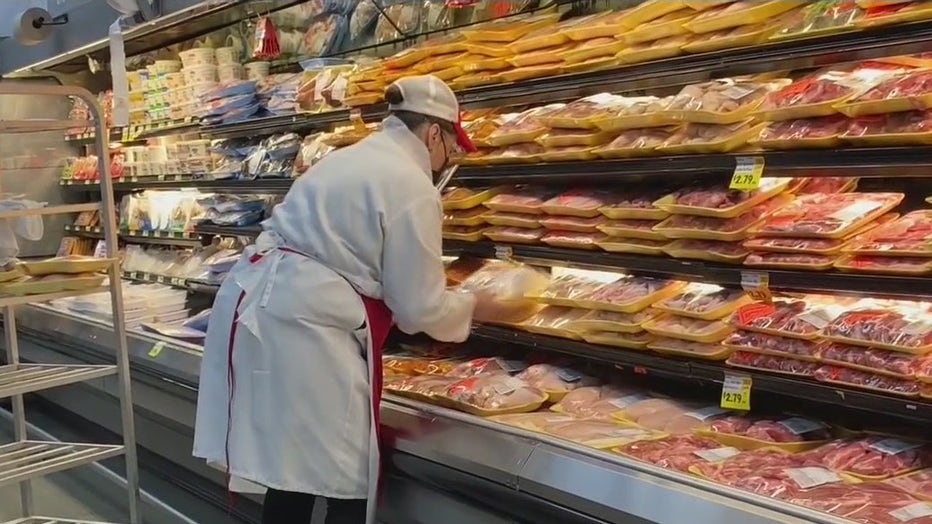 In the motion, Koretz and Harris-Dawson noted that Kroger officials said the closures had been long planned prior to the passing of the ordinance, "adding claims that these stores were losing millions of dollars per year.''

The Cincinnati-based company had already drawn criticism after announcing on Feb. 1 that it will close a Ralphs and a Food4Less in Long Beach following passage of that city's $4 hazard pay ordinance. Those stores are set to close on April 17.

-- have the City Council exercise its authority to examine witnesses and compel the attendance of witnesses and production of evidence to determine why the Kroger Co. decided to close the stores;

-- instruct the Chief Legislative Analyst and City Clerk, with assistance from the City Attorney, to formally request the appearance of store executives within 30 days and issue subpoenas if they decline to appear; and

-- use the outcome of the hearings to shape future legislative policy regarding worker protections, essential services in neglected communities and strategies to address "food deserts.''

The hazard pay is given in addition to employees' base wages for 120 days. According to a report by Los Angeles' chief legislative analyst, which cited ZipRecruiter, the average grocery store worker in Los Angeles earns $17.51 an hour. Kroger said on March 10 that the average L.A. Ralphs and Food4Less employee rate is $18 an hour.

Koretz said before voting for the ordinance, "Supermarkets, as we all know, have made high profits, and yet some are threatening to close. It's clearly out of spite or out of an attempt to leverage us.''

Los Angeles' chief legislative analyst determined that potential economic impacts of the ordinance include temporary increases of labor costs as a percentage of the company's sales, potential higher prices for consumers, potentially delayed store openings, renovations and wage increases or promotions for employees, potential pressure on struggling stores that could lead to stores closing and reduced hours for some employees.

However, the CLA also determined that the higher wages could also benefit other city businesses, as more people would have extra money to buy additional goods. It could also help people pay down their debts and increase their savings.