A woman with a knife was arrested Monday in Venice at a news conference in which Los Angeles City Councilman and mayoral candidate Joe Buscaino was speaking about the city's homelessness crisis and announcing his plan for creating a safer city.

Buscaino requested the City Council amend the mayor's Declaration of Local Emergency and resume enforcement of Los Angeles Municipal Code Section 56.11, which regulates the storage of personal property in public areas. It prohibits people from configuring a tent in any public area from 6 a.m. to 9 p.m., except when raining or if the temperature dips below 50 degrees.

The mayoral candidate's request came as the City Council was scheduled to vote on a routine extension of Mayor Eric Garcetti's Declaration of Local Emergency that was put in place on March 4, 2020 and has been extended month-to-month since. The declaration includes a suspension of enforcing the ordinance. 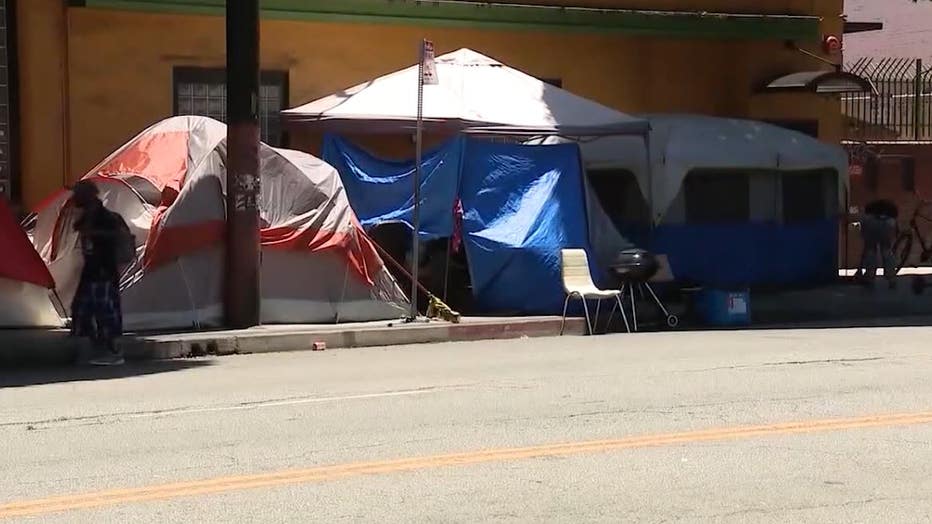 "I'd like all of us to reconsider the suspension of banning encampments on our sidewalks. COVID is essentially over, we're getting ready to reopen our economy, people are actually going to Dodger games nowadays," Buscaino said, noting that he recognizes the city needs to extend the Declaration of Local Emergency for federal funding purposes.

"We are in a public health emergency and need to do our job to reinstitute commonsense rules for our public spaces."

A representative for the City Attorney's Office told Buscaino that the City Council does not have the power to amend the declaration before the vote and that Buscaino would have to introduce a motion.

"The agenda item before us really has nothing to do with the issues that Mr. Buscaino just described as wanting to put into motion," said Councilman Paul Krekorian. "This is a legal issue that governs the powers that the mayor and the city have during a time of emergency."

Buscaino soon after introduced a motion to rescind the suspension of enforcement of Los Angeles Municipal Code Section 56.11 and require tents to be taken down during daytime hours. The motion was seconded by Councilman John Lee.