Kobe Bryant, daughter, 7 others killed in helicopter crash in Calabasas

Los Angeles Lakers legend Kobe Bryant and eight other people, including one of Bryant's daughters, were killed Sunday when a helicopter crashed along a hillside in Calabasas.

CALABASAS, Calif. - Los Angeles Lakers legend Kobe Bryant and eight other people, including one of Bryant's daughters, were killed Sunday when a helicopter crashed along a hillside in Calabasas. 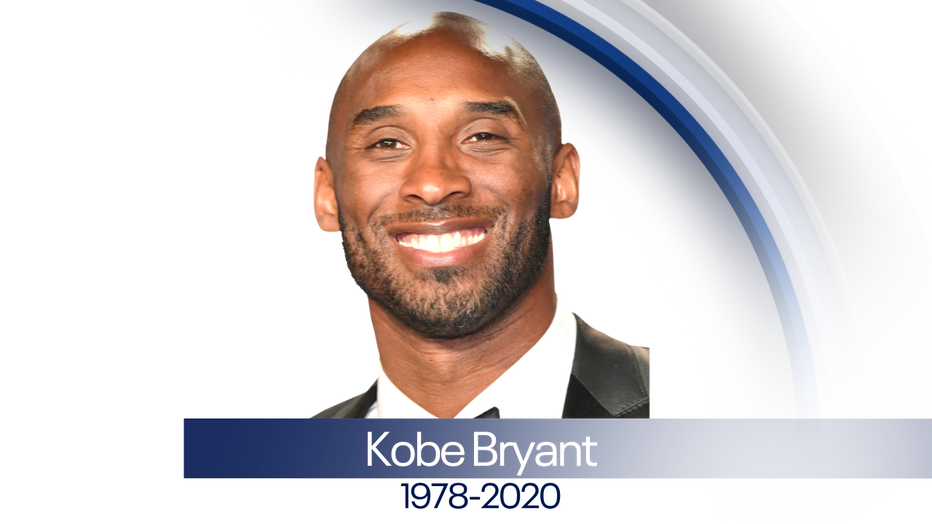 The sheriff is not identifying any of the victims yet.

Fans gather at the crash site in Calabasas

Fans gather at the crash site in Calabasas

The Los Angeles County Coroner says it has a team of experts beginning body recovery and a massive refrigerated vehicle ready to transport the bodies.

The crash, in the area of Las Virgenes Road and Willow Glen Street, was called in at 9:47 a.m., according to a watch commander at the Los Angeles County Sheriff's Department Lost Hills/Malibu station.

"He was a coach, a colleague, a mentor and a friend at OCC for 27 years. John meant so much to not only Orange Coast College, but to baseball," OCC Athletic Director Jason Kehler said.

The latest victim to be identified by friends and family was Christina Mauser, an assistant basketball coach at Harbor Day School in Corona del Mar.

Her husband, Matthew Mauser, who was also a basketball coach at the school, posted on Facebook: "My kids and I are devastated. We lost our beautiful wife and mom today in a helicopter crash. Please respect our privacy. Thank you for all the well wishes they mean so much."

The school put out a brief statement saying the campus is in mourning:

"Harbor Day School is devastated by the news. We are mourning the loss of members of our community. Our first priority is the well-being of our students. As news is publicized, we will ensure that our support team is made available to assist and counsel our students. We appreciate your patience and understanding."

The helicopter took off from John Wayne Airport in Orange County at 9:06 a.m., records show. The crash occurred in foggy conditions.

The Los Angeles Police Department had grounded its helicopter fleet Sunday morning due to the foggy conditions and didn't fly until the afternoon, LAPD spokesman Josh Rubenstein said. The fog "was enough that we were not flying," he said.

The department's flight minimums require two miles of visibility and an 800-foot cloud ceiling, he said. When conditions allow, the LAPD typically flies two helicopters -- in the San Fernando Valley, the other in the Los Angeles Basin, he said.

The National Transportation Safety Board says it is launching a team to investigate Sunday's crash of a Sikorsky S-76B helicopter in Calabasas. The team is expected to arrive in California this evening.

There were no survivors, according to sheriff's officials, who added that the crash triggered a small fire that was quickly put out.

The victims have not been identified, but sources told ESPN's Adrian Wojnarowski that Bryant was on his way to a basketball game with his 13-year-old daughter Gianna when the helicopter crashed. Another player and parent reportedly were also on board.

TMZ reported that they were en route to the Mamba Academy in nearby Thousand Oaks for a basketball practice when the crash occurred.

"We extend our sincerest condolences to all those affected by Sunday's Sikorsky S-76B accident in Calabasas, California. We have been in contact with the NTSB (National Transportation Safety Board) and stand ready to provide assistance and support to the investigative authorities and our customer." 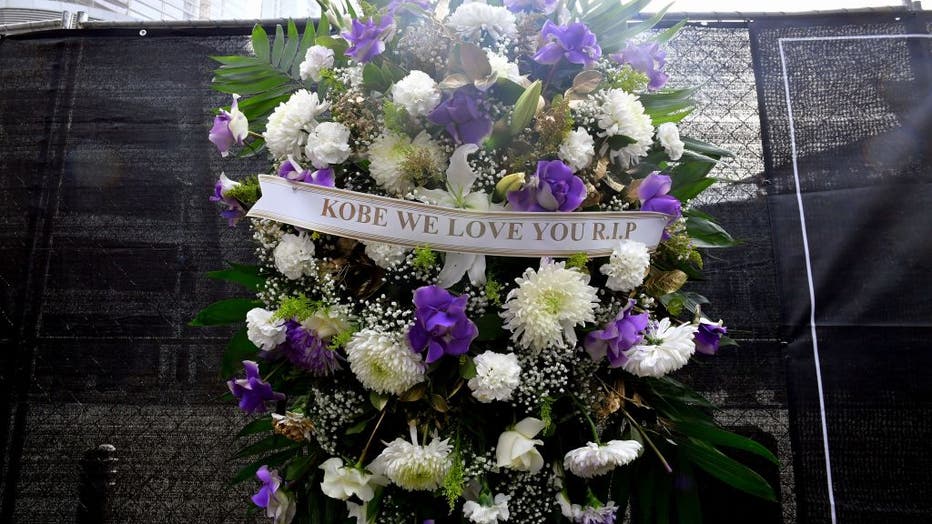 RELATED: Kobe Bryant: Arguably the greatest Laker of all

As the news spread, Lakers fans began gathering outside Staples Center, prompting the Los Angeles Police Department to remind the public that "the area around the Staples Center is closed due to the Grammys & fans will not be able to access the arena." 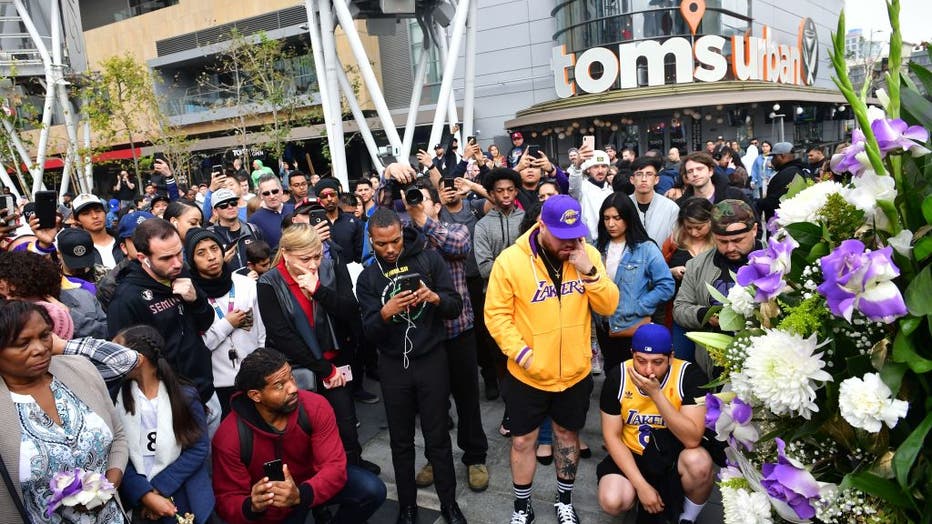 A slew of famous names from sports, entertainment and politics quickly reacted to Bryant's death:

"Kobe Bryant was a giant who inspired, amazed, and thrilled people everywhere with his incomparable skill on the court -- and awed us with his intellect and humility as a father, husband, creative genius, and ambassador for the game he loved," Los Angeles Mayor Eric Garcetti said.

"He will live forever in the heart of Los Angeles, and will be remembered through the ages as one of our greatest heroes. This is a moment that leaves us struggling to find words that express the magnitude of shock and sorrow we are all feeling right now, and I am keeping Kobe's entire family in my prayers at this time of unimaginable grief."

"In his 20-year career with the Los Angeles Lakers, he made history with raw talent and unparalleled dedication that raised the bar and paved the way for a newer generation of players.

"Despite winning five NBA championships and two gold Olympic medals,and achieving countless accolades in the athletics world, he also helped improve the lives of youth and families through the Kobe Bryant and Vanessa Bryant Foundation, and was an outspoken advocate for combating homelessness through partnerships with organizations such as My Friend's Place and Step Upon Second.

"Our deepest condolences go to his wife, family, colleagues, friends and fans. He was taken too soon and he will be missed."

Shaquille O'Neal, who teamed with Bryant for their first three NBA championships, tweeted:

"There's no words to express the pain Im going through with this tragedy of loosing my neice Gigi & my brother @kobebryant. I love u and u will be missed. My condolences goes out to the Bryant family and the families of the other passengers on board. IM SICK RIGHT NOW"

"Heartbroken and numb. Please pray for Vanessa and the children. Rest In Peace Kobe. We will all miss you so much."

Robert Iger, chairman and CEO of The Walt Disney Co., called Bryant "A giant in sports and a person so full of life. Terrible news and so hard to process...."

"It is with heavy hearts that we say goodbye to Newport Beach resident and international sports legend Kobe Bryant. Our prayers are with his family, friends, colleagues and neighbors as our community grieves this sudden and devastating loss. Kobe leaves behind an unmatched legacy of excellence, on and off the court, that will not be forgotten."

"Continuing to move the game forward @KingJames.  Much respect my brother," the tweet said.

"Most people will remember Kobe as the magnificent athlete who inspired a whole generation of basketball players. But I will always remember him as a man who was much more than an athlete."

"We are stunned and devastated by the news of the sudden passing of Kobe Bryant. Words cannot express his  impact on our players, the NBA and the game of basketball. This is a monumental loss for the entire basketball community and our hearts are quite simply broken. We send love an prayers out to his wife Vanessa and the entire family."

"The Clippers mourn the sudden and devastating loss of Kobe Bryant and his daughter, Gianna. Kobe, an icon and an institution in this city and this sport, inspired teammates and opponents alike with his commitment, determination and drive. Kobe was a singular figure who left an indelible mark on the community and the world. His family, friends and the Lakers organization are in our thoughts and prayers. We will miss him."

Bryant, the son of former NBA star Joe "Jellybean" Bryant -- was drafted by the Lakers straight out of his Philadelphia-area high school in 1996. He led the Lakers to five NBA championships and was a perennial All-Star.

News of his death spread like wildfire across the Southland and the globe. At a Torrance restaurant without any televisions, the news still raced among patrons sitting at tables and standing in cashier lines. A young girl holding a cell phone broke the news to her mother.

Total strangers shared the shocking news with each other, with many of them responding in disbelief,quickly reaching for their phones to search for information.

At a nearby sports bar, the typically raucous roar of conversation gave way to eerie quiet as the news flashed on TV screens. Customers and employees alike stopped to listen to the breaking news.

All of the victims on the flight were reportedly from Orange County.