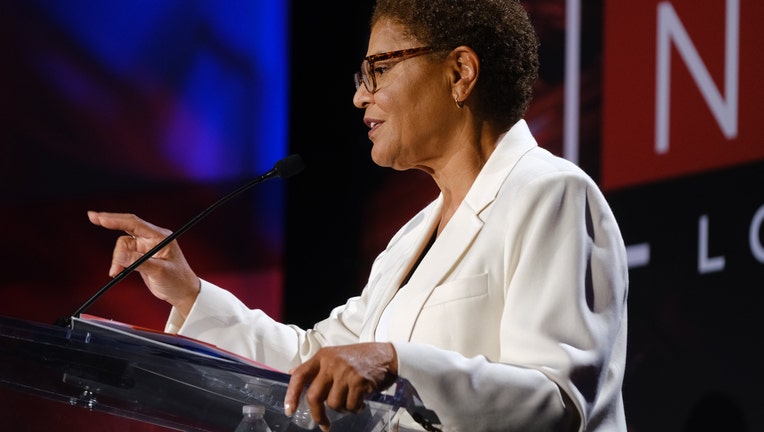 Their scheduled press conference comes in the wake of LA Times' bombshell report discussing Caruso testifying and answering questions on what USC knew about Tyndall back in late 2020. At that time, Caruso was a chair of USC's governing board and was summoned to a deposition in connection to the Tyndall case.

Fast-forward to October 2022, LA Times' report reveals Caruso dodged many of the questions the now-Mayoral candidate was asked during the deposition related to the Tyndall sexual assault case. Caruso was among the trustees who ultimately signed off on the landmark $852 million settlement, LA Times added in its Oct. 2022 report.

Now, Bass and Allred are scheduled to hold an 11 a.m. press conference Thursday to discuss the Tyndall sexual assault case. In an RSVP invite sent by Bass' campaign team, Allred is expected to "call on Rick Caruso to help victims heal."

The scheduled press conference comes just over two weeks before the highly-anticipated November General Election, which includes the race for Los Angeles Mayor. If Bass and/or Allred were to question Caruso's handling of the Tyndall sex assault scandal, it won't be the first time Bass and Caruso have called each other out for corruption and coverups.

In a campaign ad paid by "Karen Bass for Mayor 2022," Caruso was accused of keeping his mouth shut about the Tyndall sexual assault case.