Event organizer and founder Carl Kemp tells us what we can expect for this year's festivities.

LOS ANGELES - From special movie screenings to concerts to job fairs, there are plenty of ways to celebrate Juneteenth across Southern California.

The holiday, officially called Juneteenth National Independence Day, falls on June 19 each year to commemorate the emancipation of African Americans. On that day in 1865, federal troops arrived in Galveston, Texas to free the remaining enslaved people in the nation.

Juneteenth grew to national prominence in 2020 during the social justice movement that followed the police killings of unarmed African Americans including George Floyd and Breonna Taylor. 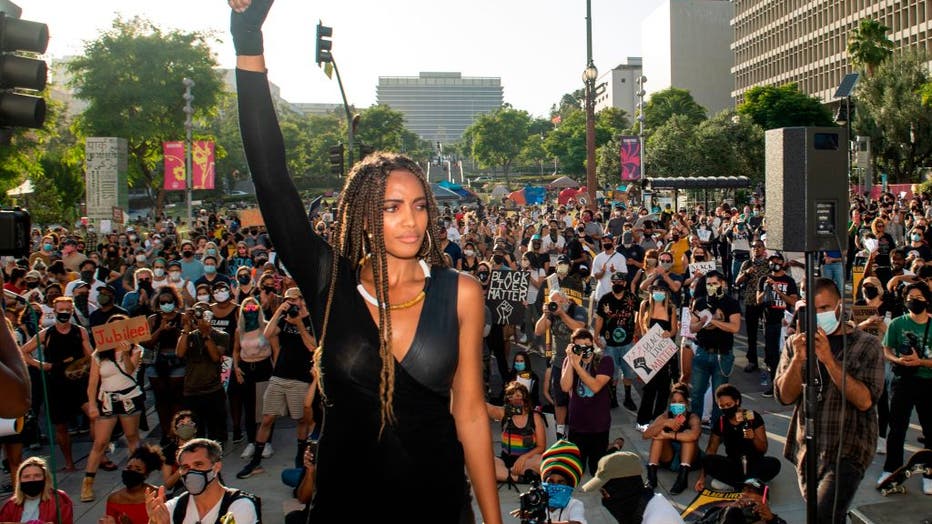 Below is a list of just some of the Juneteenth events happening in Los Angeles County:

Catch the Juneteenth Day of Service and Community Resource Fair from 10 a.m. to 2 p.m. Saturday at Compton Creek Natural Park.

From 11 a.m. to 3 p.m. Saturday, the NHS Center for Sustainable Communities will host a Taste of Compton, a Juneteenth Celebration.

Catch the pop-up Juneteenth edition of the Prosperity Market that celebrates Black chefs, farmers and entrepreneurs at the California African American Museum on Saturday.

The Leimert Park Juneteenth Festival is a huge celebration that features musical guests including Masago, Alex Isley and Kenyon Dixon.

From 10 a.m. to 2 p.m. Saturday, Pasadena is hosting a family-friendly event that features live music and performers from the Alkebulan Cultural Center for its annual Juneteenth Celebration.