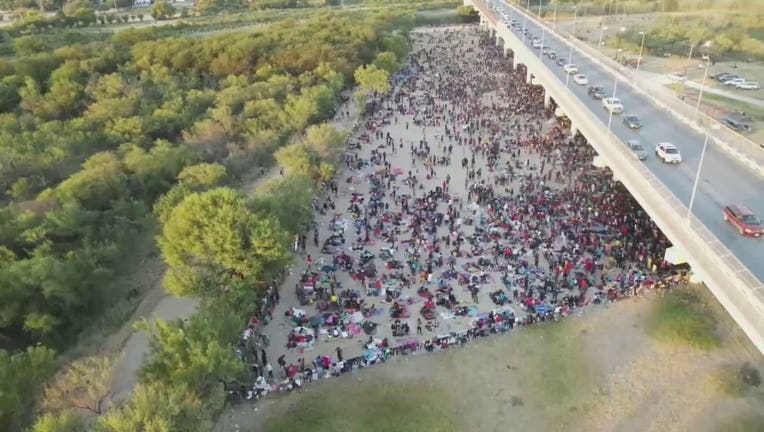 A federal judge on Thursday blocked the Biden administration from expelling migrant families at the border using Trump-era Title 42 public health protections, which both Trump and Biden administrations had used to prevent the introduction of COVID-19 into the U.S.

The Trump administration enacted Title 42 in March 2020 in response to the pandemic. The Centers for Disease Control and Prevention (CDC) order allows for the rapid expulsion of migrants, often within minutes and without detention, at the border.

The Biden administration has continued the order, but has not been applying it to unaccompanied children or to most migrant families. Of the more than 86,000 migrant families encountered in August, only 19% were removed under Title 42 -- in part due to Mexico’s refusal to take back families with small children.

Both the Trump and Biden administrations, even as they have differed in their application of Title 42, have said the order was necessary in order to prevent the spread of COVID-19 in the U.S.

But Judge Emmet Sullivan ruled that Title 42 does not give the government the power to expel migrants and has therefore blocked the order from being applied to migrant families. The ruling goes into effect in 14 days and does not apply to single adults, the majority of whom have been expelled under the order.

Sullivan dismissed concerns about COVID spread and overcapacity, arguing that mitigation measures are available and that about 86% of families were being released into the interior anyway. He was also not convinced by claims by the government that ending Title 42 would act as a pull factor and draw additional migrants north -- something warned of also by former Trump officials.

He dismissed arguments from the government about the impact of COVID-19 on Customs and Border Protection (CBP) agents, saying that there was not evidence provided that the migrants were the ones responsible for them getting the virus.

"In view of the wide availability of testing, vaccines, and other minimization measures, the Court is not convinced that the transmission of COVID-19 during border processing cannot be significantly mitigated," Sullivan said. "Indeed, the government has successfully implemented mitigation measures with regard to processing unaccompanied minors in order to minimize risk of COVID-19 transmission."

The ruling comes as the Biden administration has been facing a continued surge of migrants at the border. More than 208,000 migrants were encountered in August, the second time the number has gone over 200,000.

Meanwhile, this week predominantly Haitian migrants have surged to the border in Del Rio, where more than 9,000 are currently camped out under a bridge as they await to be apprehended and processed by Border Patrol.