A community mourns the death of a veteran firefighter and father of three. A day after a deadly shooting at a local fire station. New details about the victim and what may have motivated the gunman to violence.

SANTA CLARITA, Calif. - Authorities said that a Los Angeles County firefighter who opened fire at Station 81 had a longstanding job-related dispute with the colleague he shot and killed, according to the Associated Press.

The gunman, who was identified Wednesday by the coroner's office as Jonathan Tatone, was off-duty when he showed up at the Agua Dulce fire station Tuesday and shot two of his coworkers. The second gunshot victim was a fire captain at the station. Authorities said the shooter left the firehouse after the attack and led authorities to his home in Acton, where he set his house on fire and apparently killed himself, officials said. 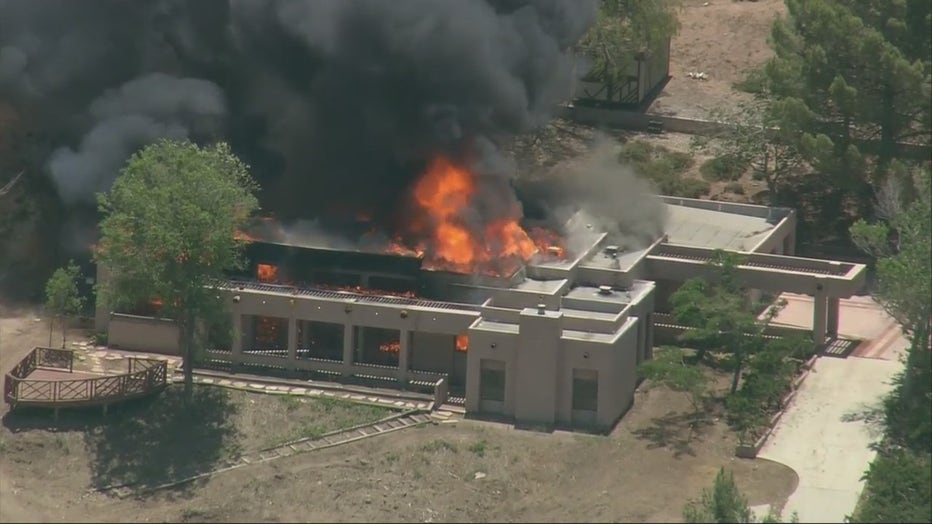 Los Angeles County sheriff’s Lt. Brandon Dean, who is overseeing the homicide investigation, told the Associated Press that initial interviews with other employees who work at the station indicate the shooter and the firefighter who was killed had "some workplace beef."

The firefighter who was shot and killed was identified by the coroner's office as firefighter specialist Tory Carlon, 44.

A procession was held from Los Angeles County Fire Station 81 to the coroner's office in Boyle Heights for a firefighter who was shot and killed on June 1.

"It sounds like they didn’t like each other," Dean told The Associated Press, without elaborating about their problems.

On Tuesday afternoon, Los Angeles County Fire Chief Daryl Osby said he could not comment on whether there was any pending internal disciplinary action against the off-duty firefighter who opened fire at the firehouse. However, investigators plan to dig into the fire department's personnel files and look into the gunman's history to see if there were any official complaints made against him prior to the fatal attack.

Detectives believe the 54-year-old captain, who wasn’t identified, heard the shooting and went to find the source of the gunfire. According to the Associated Press, it wasn’t clear if he tried to intervene or the attacker turned the gun on him, Dean said. He was critically injured in the shooting but is expected to survive.

According to public payroll and pension records kept by Transparent California, Tatone was a county firefighter since at least 2012.