Attorneys for actor Amber Heard sought to undermine Johnny Depp’s libel lawsuit against her Thursday by spending hours in court focused on the actor’s drinking, drug use and texts he sent to friends — including one about wanting to kill and defile his then-wife.

Depp, 58, is suing Heard, 35, for $50 million over an op-ed she wrote for the Washington Post alleging she was the victim of domestic abuse. Heard never identified Depp directly, but attorneys for the "Pirates of the Caribbean" actor say her allegations have negatively impacted Depp's career and relationship with his family.

The pair have accused each other of abuse over the course of the trial for the past 10 days, but cross-examination by Heard's defense team on Thursday revealed eye-popping text messages, photos and video evidence — much of which Heard took herself during their relationship — painting Depp as a violent substance abuser. 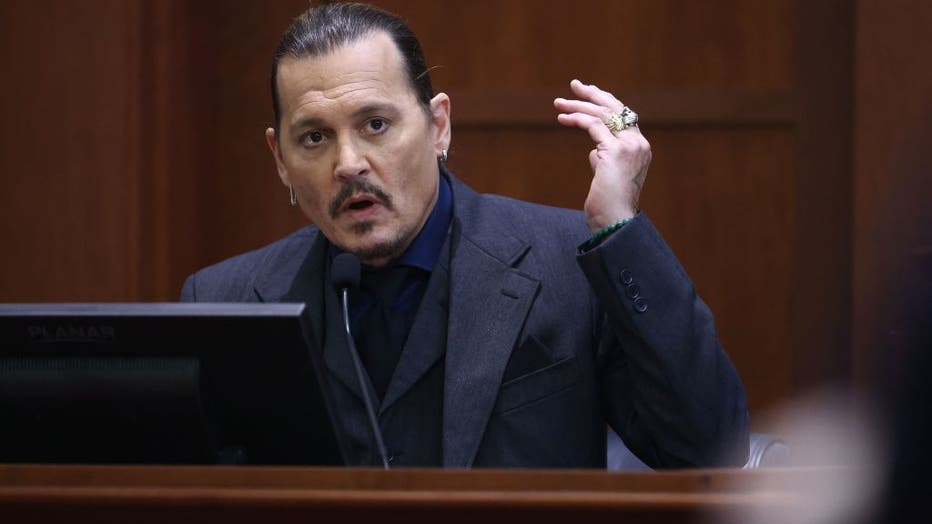 US actor Johnny Depp testifies during the 50 million US dollar Depp vs Heard defamation trial at the Fairfax County Circuit Court in Fairfax, Virginia, April 21, 2022. - Actor Johnny Depp is suing ex-wife Amber Heard for libel after she wrote an op-e

Depp, during his third day on the stand, confirmed texts he sent to his friend, Paul Bettany, dating June 2013, read aloud by Heard attorney Ben Rottenborn, that said, "[L]et's drown her before we burn her,' and "I will f--k her burnt corpse afterwards to make sure she's dead."

Later on Thursday afternoon, Rottenborn, presented yet another text from Johnny Depp to a friend talking about Heard's theoretical "corpse."

"I hope Amber's rotting corpse is decomposing in the f---ing trunk of a Honda Civic," a 2016 text from Depp to his friend, Isaac Baruch, presented as evidence on Thursday and confirmed by Depp read.

The text was previously presented in court when Baruch testified last week.

The actor apologized for the texts while on the witness stand.

Rottenborn also brought up an infamous quarrel he had with Heard on a 2014 flight from Boston to Los Angeles. Heard's attorneys have alleged that Depp kicked Heard in the back on the plane.

Depp testified that he was not drunk and did not physically or verbally abuse his now ex-wife on the plane after the two argued over his suspicion she had an affair with her co-star James Franco, but Rottenborn confronted Depp with an email he had sent Heard the next day, apologizing profusely.

"Once again, I find myself in a place of shame and regret," Rottenborn read from the email. "I am sorry. I really don’t know why or what happened, but I will never do it again. I want to get better for your and for me. I must. My illness somehow crept up and grabbed me. I can’t do it again, I can’t live like that again, and I know you can’t either."

"I’m going to properly stop the booze thing, darling," Depp wrote. "Drank all night before I picked Amber up to fly to LA. Ugly, mate."

Additional evidence presented against Depp included a photo of Depp passed out with a spilled container in hand after taking roxycodone, audio of Heard telling Depp not to cut his own finger and a video showing Depp kicking a piece of furniture and slamming cabinets in what appears to be a kitchen.

Heard took the video and can be heard asking Depp if he drank a whole bottle of wine that morning after he pours himself a large glass.

"I did assault a couple of cabinets, but I didn't touch Ms. Heard," Depp said of the video, adding that "there's a possibility" he was drunk at the time.

The cross-examination ended Thursday and will resume Monday morning. 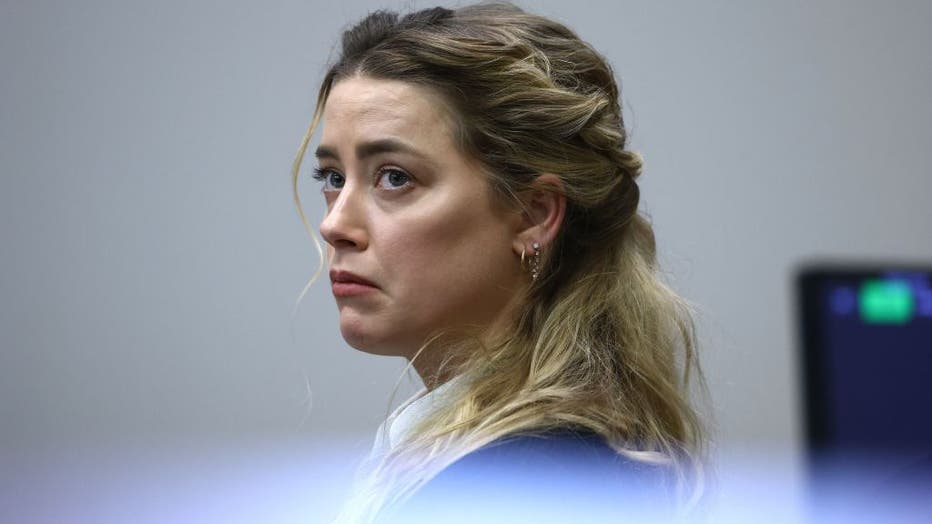 US actress Amber Heard during the 50 million US dollar Depp vs Heard defamation trial at the Fairfax County Circuit Court in Fairfax, Virginia, on April 21, 2022. - Actor Johnny Depp is suing ex-wife Amber Heard for libel after she wrote an op-ed pie

A source close to Depp told Fox News Digital that he is a "victim of abuse" and "has been since Ms. Heard made her very first false allegation in 2016, and has continued to be subject to abuse ever since, as outlined in his testimony."

"Today's cross-examination by Ms. Heard's attorney has proven to be no exception. Mr. Rottenborn's aggressive and, coincidentally, ‘jack-hammer’ approach toward a man who has suffered extensively over the last six years proves that the mistreatment of Johnny goes well beyond Ms. Heard's grievous behavior. Colorful texts, which Johnny has already apologized for, do not equate to physical actions and Mr. Rottenborn still has not been able to connect the two, nor will he ever be able to," the source said.